You are here: Home / PR Pulse / #FuturePRoof: Cultural Graffiti and Sanctioned Dissent
Previous Back to all Next 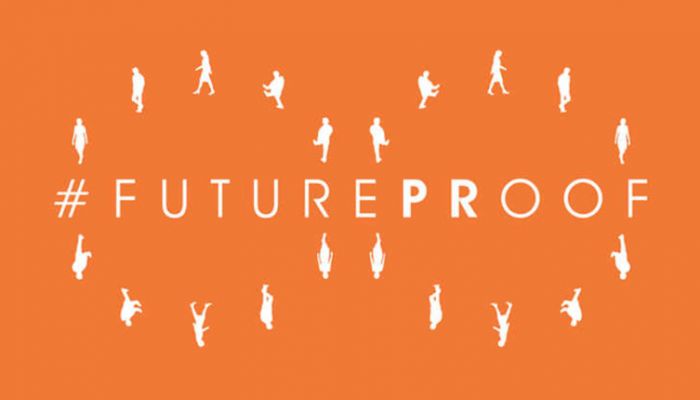 The third edition of Sarah Hall’s #FuturePRoof, which focuses on communications within the NHS, launched yesterday. The 25 chapters, from 25 authors, provide key insight to both the inner workings of the NHS and to best practice in the communications industry. In this post, we’ll be looking at the chapter by social leadership consultant Julian Stodd, and what comms can learn from cultural graffiti and sanctioned dissent.

Stodd argues that in society, graffiti is ‘a voice that is claimed, not granted’. In our organisations there is ‘cultural graffiti’, which is when opinions and views are shared without fear of consequence. This ‘graffiti’ resides solely on social.

For the NHS, this is perhaps a more obvious phenomenon – sometimes anonymous, often critical but generally constructive doctors, nurses and patients discuss the NHS on social, outside their ‘formal’ space. Sometimes this grabs national headlines, the #ImInWorkJeremy hashtag was used widely when the health secretary criticised doctors for ‘not working seven-day weeks’.

Cultural graffiti is also apparent in other organisations; social has become the platform for office grumbles, unfiltered company news and customer complaints.

Stodd says that formal power doesn’t reach social spaces, ‘where cultural graffiti is scrawled and shared’. As such, organisations cannot control them and instead need to understand ‘social leadership’ and its fuel: reputation.

Social status is based on reputation, which on social is granted by communities. What’s significant is that social leaders don’t necessarily have formal power or any authority in traditional societal structures, so social leaders are easily overlooked or, worse still, underestimated.

Jack Monroe is a prime example – the budget food writer who won her Twitter libel case against Katie Hopkins, often has to explain on Twitter how, despite her social reputation (she has 126K followers), she still struggles to make ends meet. Her social fame and influence obviously does not translate to formal structures, but her social status is unquestionable.

So how does an organisation manage cultural graffiti?

We all know that social is the dominant force of storytelling in our society and it should be part of every comms professional’s strategy. Just because Wetherspoons closed all of its social accounts, that doesn’t mean it is exempt from cultural graffiti. The fact it no longer seems to care what’s happening on social could be a big mistake, as staff, customers and suppliers are free to discuss the company and tell their own stories.

Do you listen to and understand cultural graffiti in your organisation? Or do you think it’s better to ignore the dissent? Let us know on our social space: @Vuelio.

#FuturePRoof: The NHS at 70 with Lessons for the Wider PR Community, comes highly recommended and is available online.