You are here: Home / Politics / Government shares what’s next for the broadcasting sector
Previous Back to all Next 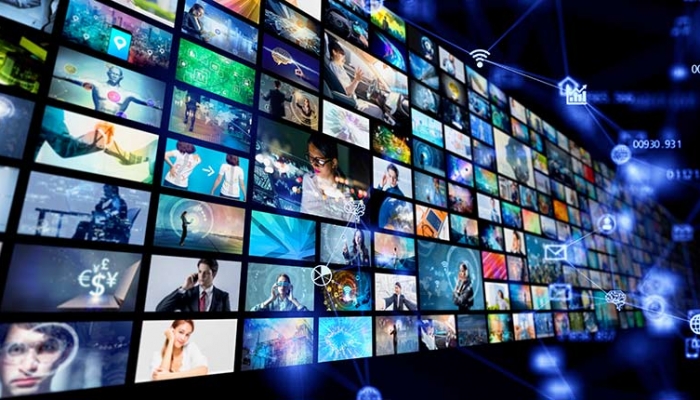 The Government has published the long-awaited broadcasting white paper: ‘Up next – the Government’s vision for the broadcasting sector’, addressing several of the announcements from the Department for Culture, Media and Sport in the last year such as the privatisation of Channel 4 and the end of the BBC TV license fee.

In keeping with the Secretary of State’s engagement with the press on these issues, Nadine Dorries spoke to The Spectator on her vision for the sector, confirming that decisions on the license fee will be taken ‘well ahead of the Charter renewal in 2027’. She noted these policies have been in the ether for years and stated that ‘over a long period of time, not a huge amount had been delivered from my department’.

On the license fee model, the white paper stated there were ‘clear challenges on the horizon to the sustainability of the license fee’ and that controversial criminal sanctions for non-payment were ‘disproportionate and unfair’. In response, the BBC welcomed ‘the steps to secure the ongoing success of public service broadcasters’ and said it ‘looks forward to engaging with the Government on both the forthcoming mid-term review and then the national debate on the next Charter’.

Up Next detailed how new legislation will ensure broadcaster content is accessible on connected devices and online platforms. Streaming services will be required to feature them and PSBs will share the content, with the Government consulting on this. On demand services will also be brought into Ofcom’s Broadcasting code to protect viewers from harmful material including unchallenged health claims. Among other changes, DCMS stated the broadcasting remit will be overhauled, with a new definition on what it means to be a public service broadcaster (PSB) with a focus on creating shows that reflect British culture and support domestic film and TV production in all parts of the country. The Government also stated that only PSBs will be able to secure rights to major sporting events such as FIFA and Wimbledon.

The privatisation of Channel 4 was confirmed in the policy document, despite 96% of responses to the Government consultation stating they did not agree that there are ‘challenges in the current TV broadcasting market’. Under the new plans, the channel will be able to produce and sell its own content as a private entity but will still be required to commission a certain amount of content from independent producers. DCMS has also reinforced the expectation that Channel 4 continues to provide distinctive and experimental programming and said the proceeds of the channel’s sale will be used to set up a ‘creative dividend’ for the sector. In a statement, Channel 4 said it remained committed to upholding and maximising its remit and public service purpose.

Up Next set out Government plans to:
• Freeze the price of the TV license for two years.
• Increase the BBC’s commercial borrowing limit from £350m to £750m.
• Pursue a change of ownership of Channel 4.
• Make the importance of programmes broadcast in the UK’s indigenous regional and minority languages clear in legislation by including it in the new public service remit for television.
• Update S4C’s public service remit to include digital and online services and remove the current geographical broadcasting restrictions. The Government will also legislate to support S4C and the BBC in moving away from the current framework requiring the BBC to provide S4C with a specific number of hours of television programming.
• Replace the fourteen overlapping ‘purposes’ and ‘objectives’ that public service broadcasters must contribute to with a new, shorter remit. PSBs will be accountable for the extent of their contributions.
• Introduce a new prominence regime for on-demand television, with Ofcom being given the new enforcement powers.
• Make changes to the local TV licensing regime to enable the extension of the local TV multiplex licence until 2034 and subject to the same conditions that apply to the national digital terrestrial television (DTT) multiplexes. The Government will consult on the options for the renewal or relicensing of individual local television services at the same time.
• Protect the UK’s terms of trade regime while updating it to reflect changes in technology. The Government will also consider whether there is a need to extend aspects of this regime to radio and audio producers responsible for programming for the BBC.
• Designating additional regulated electronic programme guides to bring internet-delivered services within the scope of Ofcom.

The paper also set out the Government’s vision for the future of broadcasting which included:
• Carrying out a review of the license fee funding model ahead of the next charter period.
• Long-term commitments to support cross-border broadcasting on the island of Ireland including funding for the Northern Ireland digital terrestrial television multiplex.
• Consulting on embedding the importance of distinctively British content directly into the existing quota system.
• Looking at making qualification for the listed events regime a benefit specific to public service broadcasters. There will also be a review looking into whether the scope of the listed events regime should be extended to include digital rights.
• Conducting an evaluation of the contestable fund pilot. This will include considering the lessons in determining whether a contestable fund model would provide additional value to the breadth and availability of UK produced public service content.
• Initiating a review looking at whether to introduce a revenue cap for ‘qualifying independent’ producer status.
• Supporting the British Film Commission to facilitate the growth of seven geographic production hubs, including one in each nation, and numerous new studio developments.
• Consulting in early 2023 on new proposals to champion the community radio sector and, where necessary, bringing forward changes to licensing requirements through amendments to the Community Radio Order 2004.
• Exploring ways to support UK broadcasters through possible changes in the wider advertising ecosystem. The Government intends to consider how to create a level playing field between broadcast and online advertising through the Online Advertising Programme.
• Ensuring that the UK’s trade policy complements and protects the UK’s audio visual public policy framework, including maintaining membership of the Council of Europe’s Convention on Transfrontier Television.
• Establishing a pro-competition regime in digital markets.
• Developing legislative proposals with Ofcom to address the divergence in provision of access services between broadcast and on-demand services.
• Enabling the long-term renewal of DTT multiplex licences through to 2034.

The sector had a mixed response to the white paper:

WGGB The Writers’ Union
The WGGB stated they remain concerned about the Government’s plan to push ahead with ‘its unnecessary and controversial plans to privatise Channel 4, freeze the BBC License Fee and review its funding model’. They went on to say that these, and other proposals, will have a devastating impact on creative workers, the creative industry and the wider UK economy.

Radiocentre
Radiocentre expressed disappointment from the DCMS Digital Radio and Audio review, and the joint representations that the BBC and the commercial radio sector have made asking for radio to be protected from tech platforms have been ignored by Government. They went on to say they’re disappointed the Government recognises the importance of legislation for television but not for radio, putting the radio industry at a disadvantage.

ITV
A spokesperson for ITV said: ‘We welcome the Government’s recognition of the huge value the PSBs deliver to the UK and it’s decision to introduce a Media Bill to deliver the necessary reforms to ensure PSBs can continue to thrive’.

Netflix
Streaming giant Netflix reiterated that they are ‘supportive of measures to update the legal framework and bring [our] service in the UK under Ofcom’s jurisdiction’.

Media Reform Coalition
The Media Reform Coalition referred to the plans in the white paper as a ‘spiteful and ideological move’ that ‘does nothing to confront the…lack of representativeness, adventure, risk-taking, accountability and plurality’ at the heart of the UK media system. They went on to say that the privatisation of Channel 4 will not address the issues of commissioning being skewed towards larger media companies and the relative lack of investment in content production outside of London, stating that it will do the opposite.

TAC
Dyfrig Davies, Chairman of TAC which represents independent television production in Wales, welcomed the white paper’s recommendations on S4C’s future but said that removing Channel 4’s status as a publisher-broadcaster is ‘worrying’. They also noted the decision to revise the remit of Public Service Broadcasting and look forward to engaging on that over the coming months.

Bectu
In response to the reforms, Head of Bectu Philippa Childs commented: ‘The government’s plans are big on rhetoric but light on detail, particularly regarding creating more jobs and fostering continued growth for the UK’s thriving independent production sector. The UK’s much-loved public service broadcasters bring so much to the media landscape, and we need robust plans and legislation to protect and nurture their unique offering’.