You are here: Home / PR Pulse / Green blogger spotlight: Jeremy Williams, The Earthbound Report
Previous Back to all Next 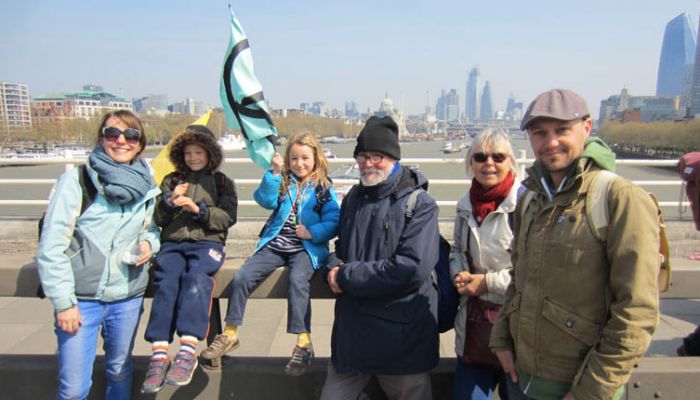 Jeremy Williams is the author of leading green blog The Earthbound Report. Previously called Make Wealth History, Jeremy covers a huge range of environmental issues around the belief everyone should consume less to create more space for all. We spoke to Jeremy about climate change and the work of Extinction Rebellion, how people can be more environmentally aware and how Jeremy wants to collaborate with PRs and brands.

How do you describe what you do?
At its simplest, I try to find solutions to big problems and describe them in straightforward language. The blog ranges across social, environmental and economic issues, and tries to draw connections between them all. I try to strike a balance between being realistic about the challenges we face and being hopeful about our ability to change.

How important is social media to your blog – are any channels more important than others?
Most new readers find the blog through search engines, but social media runs a close second. Posts are often shared on Facebook, and on the occasional times a post has really taken off, it’s been because of Facebook shares.

Climate change is in the news a lot, do you think it’s getting the attention it needs?
Climate change is enjoying a moment in the spotlight, thanks to protests and school strikes. That’s long overdue, and the challenge now is to translate that popular attention into political decision making. Lots of people are agreeing that it’s important, but examples of action are a little harder to find just yet.

What do you think Extinction Rebellion and Greta Thunberg have done for the conversation?
Both are examples of truth telling – they’ve confronted people with the reality of the situation and provided a wakeup call. They’ve also changed the terms of the debate and injected a new urgency. I’ve been able to get involved a bit with Extinction Rebellion, and in over a decade of climate campaigning, it’s feels like the most significant thing I’ve had a part in.

Who is ultimately responsible to make change?
It’s tempting to say the Government needs to act, but we live in a democracy – the Government will take its cues from the people, so it’s up to us to say what we want and prove we’re serious. Same goes for business. They’re taking their lead from consumers, so we need to vote with our wallets and show what kind of business will thrive in the 21st century and which ones will get left behind. Everyone will be involved in making change happen, but responsibility starts with us.

What are the most important steps people can take at an individual level to be more green?
From a climate change perspective, the three things that will make the biggest difference are to have one less child than you were considering, stop flying and eat less meat. Those can all be big decisions, but we shouldn’t be daunted by them. It’s okay to take one step in the right direction and see how it goes. Minus the first of those, of course – babies are very much an all or nothing commitment!

What advice would you give PRs and comms?
Treat bloggers as real human beings, rather than abstract link placement opportunities. That starts with the simple courtesy of addressing me by name. Emails that begin ‘dear admin’ or ‘dear editor’ tend to get deleted unread. It’ll take two seconds to find out who I am from the blog homepage. If you haven’t done two seconds of research into who I am, what are the chances of your offer being relevant to me? Any serious comms person knows this of course, but I still get emails like that every day.

What are the best campaigns you’ve collaborated on?
I think my favourite collaboration was a series on eating insects. A number of brands and businesses helped with that, sending information and samples, including some foods that weren’t on the market yet. I’m not sure my family think of it so fondly, but I had fun with it.

Do you accept press releases?
I get story ideas from press releases fairly regularly, so in that sense yes. They tend to be an inspiration rather than a source of material, and I almost never use their actual content beyond the initial idea.

What other blogs do you read?
There are dozens that I’ll look in on from time to time. Some that I read more regularly would be Carbon Brief, Unearthed, Inhabitat, Grist and Inside Track, which is also in the top ten.