You are here: Home / Politics / Holly Lynch MP: Tax bills are driving our most experienced cops out of...
Previous Back to all Next 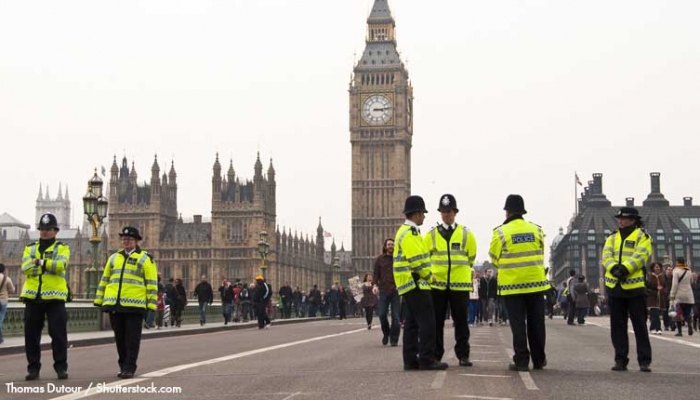 When senior doctors started to reduce their working hours in significant numbers, in response to changes in tax paid on their pensions, what would otherwise be a niche and complicated pensions issue, suddenly became a general election focus with the Prime Minister wading in, promising to fix it.  New lower thresholds (unadjusted for inflation since 2014) when public sector workers start to pay tax on their pension contributions have seen higher earners across the public sector receiving staggering tax bills. As a result of having crossed either their annual or lifetime allowances, doctors are reducing their hours, or simply retiring, impacting on the NHS’s readiness to respond to annual winter pressures, forcing the Government to intervene.   While the Government has found a temporary sticking plaster on this issue with a view to finding a longer-term solution for clinicians, the same problem extends right across the public sector, not least to policing.   With 21,000 fewer officers and 600 police stations closed since 2010, policing has been hammered in recent years. We’re already seeing record numbers voluntarily leaving policing. So if the Government is to have any hope of delivering its uplift in policing numbers without chronic growing pains, it needs to hold onto every last bit of experience and leadership it can.  The Superintendent ranks and above are likely to breach the annual allowance if an officer has more than 20 years’ service, due to the structuring of police pensions in the last 10 years of an officers’ service, which is unique to Police pensions. Senior Superintendents and all ranks above, will breach the annual allowance by ordinary pension growth alone, without there even being any pay rises.   Superintendent, Chief Superintendent, Assistant Chief Constable, Deputy Chief Constable and Chief Constable ranks have the potential to routinely breach the allowance, with some senior officers unbelievably receiving yearly tax bills that are greater than their annual salary.  In a letter to the Chair of the Police Pensions Scheme Advisory Board sent just in the last few days, the Policing Minister argues that while he is open to reform of pensions in policing, their case ‘does not demonstrate evidence of recruitment and retention problems and a resulting impact on operational service delivery.’  Unlike doctors, police officers cannot reduce their hours or withdraw their service to mitigate the impact of such tax bills, so it is much harder to demonstrate the impact on the public, and I suspect the Minister fully understands that.  Research undertaken by the National Police Chiefs Council shows that applications for Chief Officer jobs are reducing, as is the tenure served in those roles. My own force, West Yorkshire Police, had just one applicant apply on the previous two occasions they needed to fill the post of Chief Constable and Northumbria Police has recently had to open recruitment three times to recruit a Chief Constable.  While there will be a variety of reasons for this, the Police Superintendents’ Association conducted a survey in 2018 that revealed that almost four in ten of their members said pension issues were increasing their intention to leave, with 56% of respondents attributing this specifically to the annual allowance.  The Treasury is conducting a review in to this issue with a view to shaping the next Budget on 11 March, so I have asked the Policing Minister to look specially at how these perverse tax disincentives can be reformed, not least because it would seem Police Forces themselves are paying these tax bills for individuals, who are reimbursed by the Home Office, who are reimbursed by the Treasury, in order to square-off contributions to HMRC.  In order to pay the money back in the long term, officers are realistically having to hand significant chucks of their pensions back upon retirement, in order to settle all the accumulated Annual Allowance taxes. There must be a better way of structuring police pensions to avoid this financial merry-go-round, by simply giving senior police officers parity with the solutions offered to NHS consultants.   Police pensions need to be much clearer for both officers themselves and the public purse, but more importantly ensuring that we do not haemorrhage experience and leadership within policing at a time when we can least afford it.  Holly Lynch is the Labour MP for Halifax.   This blog post is part of a cross-party series on Vuelio’s political blog Point of Order which publishes insight and opinion to help public affairs, policy and comms professionals stay ahead of political change and connect with those who campaign on the issues they care about. To find out more or contribute, get in touch with Vuelio Politics.