You are here: Home / Politics / Mike Wood MP: Government must continue to support British brewing and pubs...
Previous Back to all Next 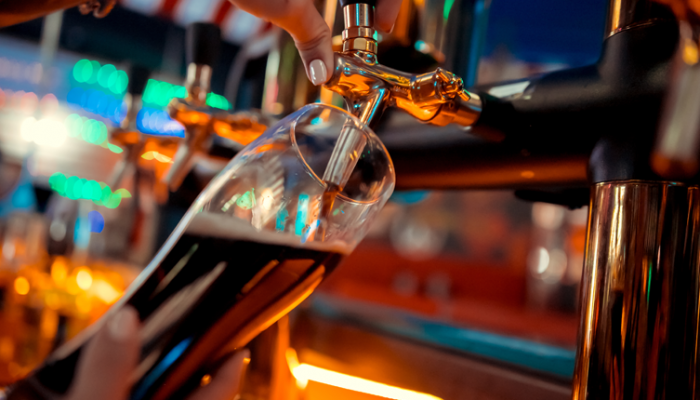 As Chair of the All-Party Parliamentary Beer Group – an enviable task I know – I have this week secured an important debate in Parliament covering beer and pubs. This debate is particularly timely with the Budget fast approaching on 11 March.

Beer in the UK is a home-grown manufacturing success story, represented in all parts of the UK. 80% of the beer that is brewed by this country’s fantastic brewers is consumed here. Beer and pubs support almost 900,000 jobs and the sector provides £23bn in value to the economy.

The numbers are impressive but there’s so much more to beer and pubs than figures alone. The great British pub is one of our most loved national institutions and the heart of so many communities. Over 15 million of us go to the pub once a week. The pub has evolved and adapted with the times, but they remain a gathering place, sometimes referred to as ‘the original social network’. Often though they are now much more – the local post office, the local greengrocer, the local library and much more besides.

The link between beer and pubs is inextricable. Seven in ten of the alcoholic drinks sold in pubs are beers. A thriving brewing sector is intimately entwined with successful local pubs. It might not be Dry January any more, but it’s still worth highlighting that not only are pubs the home of responsible drinking, but beer is also on average the lowest-strength alcoholic drink available at the bar, with an increasingly wide range of zero alcohol alternatives too.

Supporting beer and pubs might seem like a no-brainer, but it’s an undeniable fact that the British pubs sit under an onerous tax burden. Every pub pays an average of £142,000 a year in taxes and one pound in every three spent in pubs goes on tax. Happily, successive Conservative Governments have taken action to limit the impact of beer duty on pubs. Since abolishing the hated beer duty escalator in 2013, Conservative Governments have cut and frozen beer duty; saving pubgoers millions of pounds.

This action is extremely welcome, but beer duty remains high, especially when compared to our beer-brewing European neighbours. Duty here is, for example, eleven times higher than it is in Germany. Britain pays 40% of all the beer duty paid in the EU, but we drink only 12% of the beer. So, while Conservative Governments have backed this great British industry, there is more that can be done.

What’s more, taking action to limit beer duty increases would send a positive signal to the 250,000 supporters of the Long Live the Local petition, not to mention the 25,000 individual pubs who are backing the campaign. Although a cut or freeze in beer duty is in theory a cost to HM Treasury, evidence suggests that keeping costs down for brewers and consumers actually leads to more money going into Government coffers. To give a recent example – excise revenue from beer is up £250 million compared to forecasts since 2017/18, thanks to the boost to beer and pubs following freezes in duty in the 2017 and 2018 Budgets.

Of course, it’s not just beer duty that presents issues for pubs – the business rates system continues to present challenges. The recently announced extension of the pub-specific relief, knocking £1,000 of the bill off pubs with a rateable value of less than £100,000 will help a huge number of premises, as will the 50% reduction in business rates bills for certain businesses. But for pubs the burden of business rates remains particularly acute – pubs account for 2.8% of all business rates, despite only accounting for 0.5% of rate-paying business turnover. That amounts to an overpayment of £500m every single year.

I hope the Government will hear the messages of gratitude for actions taken in the past, but also of the need for continued support to ensure that brewing and pubs remain viable for many years to come.

Mike Wood is the Conservative MP for Dudley South & Chair of the All-Party Parliamentary Beer Group.