You are here: Home / PR Pulse / How charities are communicating the cost-of-living crisis
Previous Back to all Next 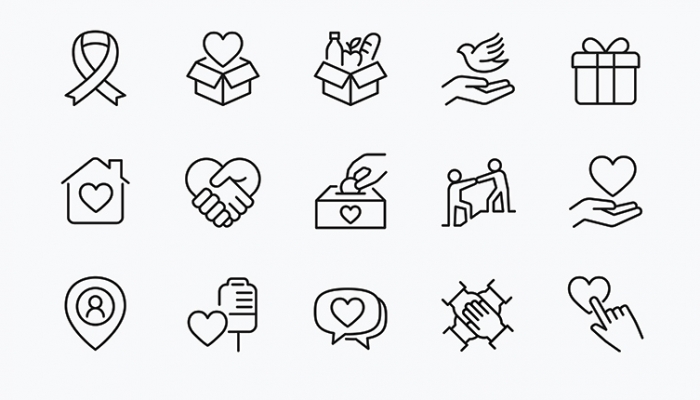 Charities have had to rethink media strategies, budgets, workflow and lobbying as priorities change throughout the cost-of-living crisis in the UK.

For our latest webinar ‘Communicating the cost-of-living for charities’, FareShare public affairs, comms and PR consultant Ali Gourley, NSPCC national media manager Harry Watkinson and Refuge head of media and campaigns Kim Manning-Cooper shared how their communications and approaches have had to change and how their teams are keeping campaigns high on the news agenda and in front of key decision makers.

Each charity represented on our webinar panel has seen how the current economic climate is directly impacting their community. As a result, their workloads and focus have had to change.

‘A big concern for us has been how domestic abuse survivors will be impacted by the current crisis,’ shared Refuge’s Kim Manning-Cooper.

‘Economic abuse is significant. Money being withheld, people being unable to access work and education. We know that many survivors will be recipients of Universal Credit, and that when they flee, they will have to renew it – the cost-of-living crisis could be a barrier to them leaving.

‘We surveyed frontline staff across emergency refuges and services – 92% said that the cost-of-living crisis is already pushing survivors further into debt. Survivors are faced with an impossible choice between staying and poverty.

‘We expect to see an increase in demand for our services’.

Campaign timelines have had to change alongside changing priorities

‘From a policy perspective, poverty wasn’t traditionally a core priority for NSPCC campaigning,’ said the charity’s national media manager Harry Watkinson. ‘Now there is growing evidence that poverty, abuse and neglect are related.’

‘The crisis is influencing how our policy team are working. From a media perspective, journalists are thinking about today, or at a push, next week. We’re still pushing out stories that have been in the planner, but it is like a tsunami; the earthquake has hit, and we’re waiting for the next wave – October, when energy bills start rolling in.

The lessons the NSPCC team learned during the pandemic about what journalists need from organisations providing support are proving useful during the current crisis – the media needs hard evidence of its impacts.

‘Journalists want evidence on how the financial crisis is impacting the work that we do,’ said Watkinson. ‘In a normal situation, we would give six-month or annual updates on data from our helpline. Now, we’re doing quarterly and monthly updates on physical, domestic and emotional abuse. I’d say, be prepared for the fact they will keep coming back for updates – it is no longer just an annual thing.’

While the media will be saturated with cost-of-living-related stories over the next few months, there will be room for other stories from charities, says Watkinson:

‘There will still be scope to put more ‘normal’ stories, unrelated to the cost-of-living crisis. Moments when journalists are looking for something more uplifting. Having the evidence ready so you can play a relevant part in the media debate and being able to provide alternative narratives from time to time – that is important for charities and supporters’.

FareShare’s network of charitable food redistributors are feeling the increased financial pressures – a pivot in its public affairs strategy was needed.

‘We are changing our ask from the Government,’ said Ali Gourley. ‘It costs us more to get food out now and there are more people in food insecurity. We are going out to our industry partners, we have more people at our doors – we need more food.

‘The current situation had changed how we’re positioning ourselves and how we talk to people.’

Working together to make an impact

With messaging from a myriad of charities hitting the media, public and politicians so regularly right now, making an impact among all the noise is a challenge. To achieve common goals, team ups with other organisations can get campaigns more attention.

‘Can be done with open letters,’ advises Ali, using FareShare’s collaboration with the Joseph Rowntree Foundation as an example.

‘All charities have their own agenda, but if common ground can be found, it is doable. Presenting a united front, from a political and campaigning perspective – it definitely works.’

Watch the full Communicating the cost-of-living for charities webinar here.

Find the politicians who can make a difference to the communities you support with the Vuelio Political Database and pitch to the journalists writing about it with the Vuelio Media Database.