You are here: Home / PR Pulse / Is radio or podcast better for your campaign?
Previous Back to all Next 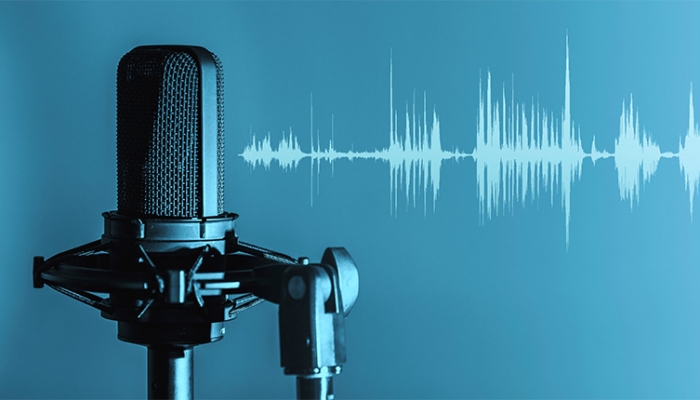 Are you considering branching out into the wonderful and varied worlds of podcast and radio PR?

With nine-in-ten of us listening to the radio and podcast listeners increasing monthly, these aural platforms could be the perfect places to gain exposure for your brand. When choosing an audio medium for your marketing, here are the key differences between radio and podcasts to consider:

1) How they are consumed

How a consumer finds and listens to audio plays a vital role in how podcasts and radio shows are written.

People generally listen to the radio as a passive distraction while doing something else, such as driving, working, or doing tasks around the house. Podcasts, on the other hand, are actively sought out. That is not to say that podcast listeners are more active listeners; they will also choose to listen to podcasts while doing other things. However, they are more likely to listen to a show in its entirety and will stop and pick it back up again.

Radio shows are not always actively selected. While there are instances of people having strong loyalty to one station or presenter, people tend to drop in and out of radio shows and switch between stations if they are not interested in the music or topic that it is currently airing.

The live nature of radio shows means that even the most ardent listeners may be unable to tune into every show. By contrast, a fan of a particular podcast is likelier to listen to every episode in a series, as they are not constrained to a particular time to consume it.

There’s also a level of portability with podcasts that radio can lack, with most people downloading and listening to them on their phones. While radio can be listened to anywhere, it requires specific apps and a constant Internet connection, making it one of the least popular methods of listening to the radio.

Despite all of the exposure podcasts have had in recent years, radio remains more popular among the general public, with almost twice as many listeners. This may be down to how we consume radio: we don’t need to know what we want to listen to, and we can easily switch between stations. The radio stations know this and try to play various things to appeal to as many listeners as possible.

Podcasts are more niche, with hyper-focused topics, and tend to be discovered through other forms of media, e.g. social platforms or search engine results. When it comes to someone trying to find any old podcast to listen to (rather than a specific one), most are chosen by regularly updated charts or by word-of-mouth. However, it requires the listener to know what sort of thing they want to listen to.

Regarding generational differences in audiences, millennials consume the most audio content of any generation and listen mostly to music streaming and podcasts, while Gen X listeners prefer the radio. It is worth noting that while these are statistically correct, this will vary depending on factors such as topic choice, time of day, and personal preference.

While there is less formality to a podcast – due in part to the lack of regulations and expectations – there is a playfulness that comes from live radio and its unscripted nature (even when it is, in fact, scripted). Far from being negative, the inability to edit also means that listeners feel more involved with the show. This is helped further by the listeners’ ability to phone in or contribute to the show in real-time, something podcasts generally cannot do.

Podcasts are usually pre-planned and then edited afterwards, creating a slicker end product, but one which sometimes loses the personality that a live show thrives on. The editing primarily involves ‘stitching’ to remove filler words. However, it has become fashionable to include a blooper reel or to keep ‘cute’ mistakes in, in a bid to make the presenter and show more relatable.

Perhaps because of this lack of editing, radio remains the most trusted form of media, even in today’s world of general mistrust. This is significantly helped by the Ofcom regulations, which stations must adhere to to keep their licence. While some people listen to podcasts expressly because they are not regulated (and conversely see them as more trustworthy as mass media do not rule them), the general public still opts to trust radio more. This might also be down to the DIY nature of podcasts, which can make them appear to be a more egalitarian form of entertainment – although as more celebrities and corporations get in on the act, this is quickly changing.

There are also crossovers to consider. Many podcasts start as spin-offs of other media, such as the example of two actresses from the American TV programme The Office hosting a successful podcast discussing the show. This means there is always scope to use a podcast as a vehicle to expand other formats. Then there is the relatively obvious crossover with on-demand radio, when radio shows are available to download after broadcast. While this may not technically be classed as a podcast, they are usually found on the same platforms as downloadable or streamable content.

While podcasts can help you home in on hyper-specific audiences, it is always best to cover all your bases with a mix of podcast and radio PR. Radio will always help you reach a wider audience and people who may not have otherwise known of your brand. Still, podcasts can help you delve deeper into a topic, as they have more extended time allocations to one subject. The best course of action would be implementing a mixture of the two into your marketing campaign.

For finding the right podcast or radio show for your upcoming campaigns, find our more about the Vuelio Media Database.