You are here: Home / PR Pulse / Inside City Hall – The journalists shining a light on London politics...
Previous Back to all Next 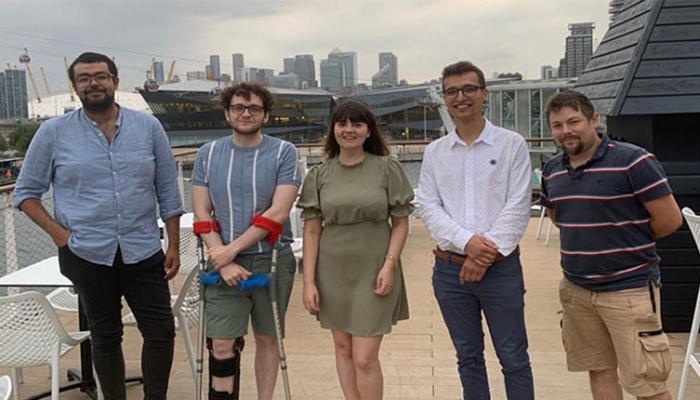 For those outside of the Press Gallery, the inner workings of political journalism can seem like a closed-off and mysterious part of the media.

What does a typical day look like for City Hall journalists, how do they like to work with PRs and how does one get into this line of reporting?

‘Having worked in Parliament’s Press Gallery for a couple of years, I found it to be a really useful and supportive network.’
‘When City Hall moved east to Newham earlier this year, it got me thinking about provisions for reporters in the new building – which aren’t quite up to scratch.

‘Often people say that reporting in the UK is ‘London-centric’. This isn’t quite true – it’s Westminster-centric but a lot of what happens in devolved politics goes ignored.

‘There aren’t many of us covering City Hall, so it is great to be working together to speak with a louder voice, improve transparency and build the profile of GLA reporting. I wanted to get this network off the ground to shine a brighter light on London’s politics. Hopefully we can bring some of the best of the Press Gallery to The Crystal, adapted for today.’

No day is ‘typical’, but here is an idea of how things work…#

‘It will involve watching a committee hearing – whether that’s economy, planning, health or oversight/scrutiny.’

‘We work closely with the Assembly Members who are a font of knowledge on City Hall, and are – like us, in a way – there to scrutinise the Mayor, so there is a lot of interaction there. The Mayor has a lot of sway over high profile issues like transport and policing so we tend to trawl through new documents and data, and will often do one or two interviews with the Mayor a week. But the GLA impacts all Londoners, so we try to build links with as many community groups, activists, resident groups, unions and so on as possible.’

How PRs can work with those reporting from City Hall

‘I tend to primarily work with non-profit PRs – those at campaign groups and organisations affected by the GLA.’

‘In terms of for-profits, that will often be in a reactive way, getting rights of reply or checking facts. I enjoy writing the occasional review so will work closely with PRs for music, food or travel content. On getting in touch, I’m a big fan of chatting on the phone but a Twitter DM is usually a good way in – it is a good platform for a very succinct pitch. Please don’t send ten identical emails, though!’

The best part of working the City Hall patch?

Having started in the role last October, Josiah already has some highlights:

‘Getting to ride on the Elizabeth Line before it opened – Londoners had been waiting for it for so long. I was there on the day it opened, too – on the first train from Paddington, following the Mayor and revelling in the transport geekery.

‘Sometimes the highlights are also lowlights, in a sense. I recently did a London Assembly tour of Brixton speaking to market traders about the cost-of-living crisis. It was moving to hear what they’re going through, and it’s also my patch so great to get to know more of the community.’

Find out more about the City Hall Journalists group and its members here.

For news from the political and public affairs sector, sign up to Vuelio’s Friday newsletter Point of Order.