You are here: Home / Media / Manager of Youtuber Zoella predicts star power of vloggers will continue...
Previous Back to all Next 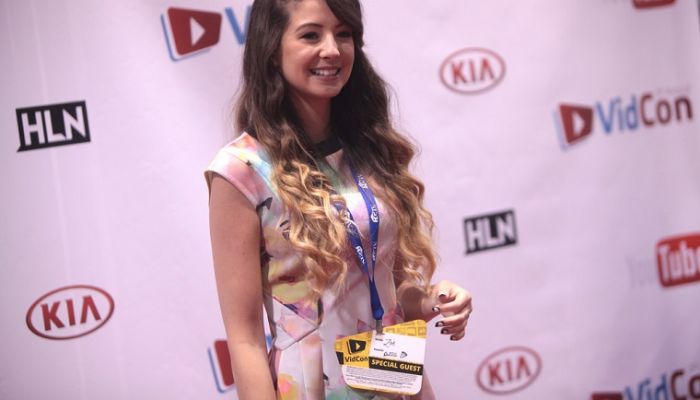 According to Dom Smales, CEO of digital talent agency Gleam Futures, vloggers are here to stay. Speaking to the Independent Dom said that Youtubers Zoella, Tanya Burr and Alfie Deyes are the modern celebrities of our time.

Dom believes that the surge in popularity of vloggers reflects a growing hunger for audiences to establish a more interactive relationship with their idols. He said: “The rise of YouTubers is fuelled by the seismic shift in the way that a generation are consuming their media and entertainment, namely it being online”.

“There’s a generation that sees different people as celebrities now,” he says. “If you’re between the ages of 15 and 24 and you’re more interested in people you engage with online than you are TV stars. It is a generational thing. Any celebrity can be defined by the fact that they are well-known to a large group of people and there are a large group of people on YouTube consuming content regularly so they recognise these guys.”

Gleam, who has a background in production and media caught on to the YouTube phenomenon in 2010, in the very early days of vlogging. Despite having no experience in managing ‘talent’ Gleam started working with sisters Samantha and Nicola Chapman who introduced him to their brother Jim Chapman and then his girlfriend Tanya Burr. Fast forward seven years later, Gleam now works with some of the biggest names in British YouTubing including Zoella (15 million subscribers), Alfie Deyes (10 million subscribers), Caspar Lee (8 million) and Marcus Butler (6.6 million) as well as Chapman and Burr who share a combined subscriber count of over 7 million.

With the likes of Zoella earning at least £50,000 per month, vlogging is now big business. Although Gleam reframed from confirming Zoella’s earnings he did say that vloggers signed to his talent agency are properly compensated for the time and work they put into work they do.

“It is possible to make a good living by being at the top of your game in social media right now but that is just like any other platform,” he says. “It is due to the fact that you’re able to entertain audiences by doing lots of different things, Zoe is an author as well as making great videos on YouTube, Tanya is also an author. This is their full-time job, they get paid for the time it takes to create this content and entertain audiences. YouTubing can be a full-time job now.”

Having helped to propel some of the biggest vloggers to superstardom, Gleam is optimistic about the future of this new phenomenon.