You are here: Home / Q&A / Media Spotlight: Schön! Magazine
Previous Back to all Next

Schön! Magazine is an international fashion title, published in English with its headquarters in London. Editor-in-chief Raoul Keil spoke to Vuelio about success, new technology and the origins of the magazine. 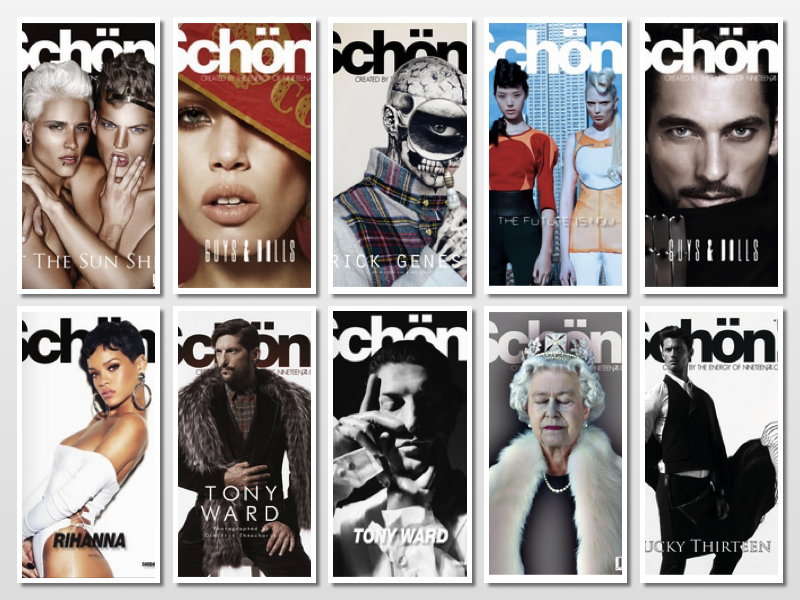 What’s the history of Schön! Magazine?
The origins of Schön! Magazine trace back to the fashion networking platform nineteen74. I used to work as a head-hunter for agencies and I frequently discovered that young talented people – especially in emerging markets – were not given a voice. It was important to me to provide them with a platform where they could network and promote their events.

However, setting up the platform was very costly and left us short on money when it came to advertising. In an effort to promote the platform, we came up with the idea of portraying the works of our most talented members in an online portfolio, which was put together in the style of a magazine. The eventual result was the first edition of Schön! Magazine.

Our print breakthrough came shortly afterward, when we featured Alessandra Ambrosio on our cover. Today Schön! Magazine is very successful, our 22nd edition is being printed as we speak.

Schön! Magazine is international. Why does it carry a German name?
I was on the phone to my sister in Germany and asked her what I should name the magazine. She asked, ‘What do you want to put in it?’ and I said, ‘Beautiful pictures’. Since beautiful translates to ‘Schön’ in German, we had our winner.

What makes Schön! Magazine successful?
One reason is our loyal readership with a growing number of new readers. Those readers value our magazine for the quality of our photographs and the print. But above all, it is our cross media experience that sets us apart from the rest. As we started off as an online magazine and ventured into print afterwards, we could rely on a loyal readership. Moreover, we have incorporated new technology early on and kept up with the times.

Speaking of new technologies – what’s your take on the future of print media?
I think daily newspapers are an endangered species. These days it is much easier and cheaper to get an overview on the internet or via apps.

For print media in specialised topic areas – particularly in the luxury segment – the situation looks quite different. There is still a great interest in fashion and labels, and their beautiful portrayal in print media; that interest even prevails within younger generations. I believe that such magazines will not die out easily.

The problem is that no one really knows where we are headed. What we are certainly seeing is a slow but gradual implementation of paywalls. There is a tendency to accustom the online reader to the fact that reading online comes with a price too. Generally speaking, I believe that specialised magazines such as automobile magazines or scientific magazines will continue to exist as print editions, whereas print media which cover a wide array of topics – such as daily newspapers – will suffer.

For UK fashion, and the most influential ranking of its type, we present the Top 20 UK Fashion Blogs.