You are here: Home / PR Pulse / Personal Finance Blogger Spotlight: Jonathan Gutteridge, The Money She...
Previous Back to all Next 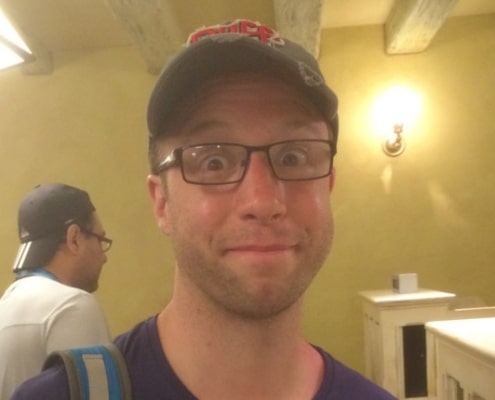 Want to save money? You don’t have to ‘just be super thrifty’ or compromise the life you’re living, according to Jonathan Gutteridge. Through The Money Shed, valuable ideas for making money from home and paying off debts can be found on the blog, the forum, the newsletter and shared across social.

We talk guilty pleasure purchases with Jonathan and how to cut down on what you don’t need to be able to afford what you do (do fancy holidays count as a ‘need’?).

How did you get started with blogging about personal finance?
I sort of fell into it. My background was in earning money from home and I had spent years doing the likes of focus groups, mystery shopping and flipping on eBay. Anything and everything really! From that I then created The Money Shed to give others the chance to talk about their experiences with earning money on the side and it all sort of grew from there.

What’s your favourite thing to post about on your blog?
Money-making content. Without a doubt. So many people have changed their families’ lives by using the advice on the site to find new ways to make money from home that they didn’t even think was possible. People have had holidays, new cars, paid off debts – all sorts! All of which has been done without them having to compromise the lives they are living financially like they would if they went down the ‘just be super thrifty’ route.

How do you deal with people getting in touch with you directly for advice on their money issues?
Sometimes it can be a bit overwhelming as I am very much a one-man band. The Money Shed is more than just a blog. It’s a forum with thousands of UK users and over 155,000 posts! It’s a newsletter that goes out to thousands of people and a blog with regular new content appearing each week. Not to mention all the social media promotion as well, so a lot of people will contact me from all angles wanting help or advice! If the question is about earning money from home then I’m easily able to help. If it’s about something a bit more serious like investments then I tend to point them towards other money bloggers who cover that topic.

What would you say is the most common area where people overspend/can cut down on their spending?
The first thing that seems to go is where they shop. You will see people drop Tesco or Asda and instead shop at Aldi. Which people don’t tend to talk about is that this can create a bit of a false economy as your local Aldi store doesn’t have the range of products that your major supermarkets do so you, in fact, end up doing two separate shops a week to get everything covered.

As someone who advises people on being savvier with their money, is there a guilty pleasure you struggle not to spend too much on yourself?
Holidays. When you are self-employed, giving yourself time off is ten times harder than if you were in regular employment because of the guilt associated with taking time off. Because of this, when I do go away I like to stay in nice places or fly in upper class so that it is a million miles away from my day-to-day life.

Top deal you’ve found recently?
I’ve recently got an Apple TV 4K box and so have been buying a LOT of 4K films and it’s amazing just how cheap the digital versions are compared to the physical ones. I’ve been buying a lot via TopCashBack on the iTunes stores! Not all deals are as good as they appear online, though. I was recently led down the garden path via a VERY popular HotUKDeals posting about £50 Dysons from Sainsbury’s which never materialised!

Do you have any advice for families who may struggle during the upcoming festive season?
Earn as much as you can online! Christmas is just the hardest time to save money with everything going on. I would say instead of trying to cut corners, look at ways you can increase your income in ways you may not even have known about!

How do you work with PRs and brands?
Week in, week out. You have to in this game; bloggers have bills to pay just like everyone else! I think what a lot of brands enjoy about The Money Shed is the fact that it is FAR more than just a blog and with the HUGE forum attached to the site they are able to tap into that community as well when they work with us!

What other blogs do you read (whether finance-related or not)?
I have friends whose blogs I enjoy reading. Sometimes for content, more often for the tone as some of the ‘money blogger’ stuff can be so super-dooper serious all the time it ends up quite dry. But the likes of Katykicker.com and Lottyearns.co.uk know how to write good content that is engaging, funny and relatable!