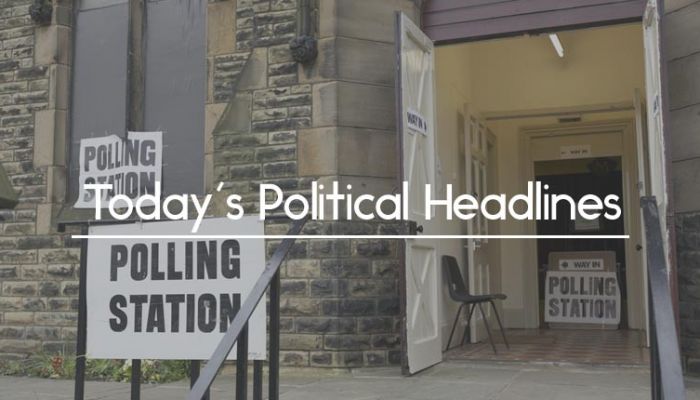 Conservatives and Labour suffer local election losses
The BBC reports on the results from yesterday’s local elections, in which the two main parties suffered losses across the UK. With over 250 elections taking place in councils across England and Northern Ireland, voters are said to have voiced their concerns over Brexit by rejecting the two parties. While results are still coming in, the Conservatives have so far lost 440 council seats, though their potential losses could reach 800 seats once results are finalised. It has been suggested that a north-south divide has been reflected in the polls, with most Conservative losses in the south and Labour losing more council seats in the north.

Lib Dems, Independents and Greens capitalise on Brexit dissatisfaction
The Guardian reports on the positive performance by the Lib Dems, who have gained 300 seats so far and taken control of councils such as Bath and North East Somerset, as well as Cotswolds district council. Commenting on the results, Lib Dem leader Vince Cable said voters no longer had confidence in the Conservatives, but had also expressed frustration at Labours indecisiveness over Brexit. Candidates from smaller parties and Independents have also performed well across the country, though UKIP failed to make any significant gains despite The Brexit Party not choosing to stand.

May warned that Williamson could take revenge
The Daily Telegraph reports that Theresa May faces pressure to allow a police investigation into the Huawei scandal. Former Defence Secretary Williamson was sacked earlier this week after he was accused of leaking documents about giving Huawei a role in the UK’s 5G network, however, Number 10 later revealed that no crime had been committed. The Times claims that Theresa May has been warned that Williamson will ‘have his revenge’ and could make a statement in Parliament.

Violent crime rates in London fall
The Guardian features a story on the fall in the number of violent crime incidents in London. Met Police Commissioner Cressida Dick has attributed the drop to an increase in officers and stop and search. Dick, comparing 2018-19 with the previous year, said the number of homicides were down 25% to 122, and knife injuries suffered by those under 25 were down 15% to 1,768.

Boris blocked from Scottish Tory conference
The Telegraph is reporting that Scottish Conservative leader Ruth Davidson has prevented Boris Johnson from appearing at this weeks’ conference north of the border. Continuing her hostility towards Johnson, Davidson has rejected an apparent approach by the potential future Conservative leader who will instead visit Aberdeen next week for a campaign fundraiser for Aberdeen South MP Ross Thomson.

Deputy Speaker calls for more cats
Speaking to The Times, Deputy Speaker Lindsay Hoyle has suggested that cats could be brought into the Houses of Parliament to solve the ever-growing problem of mice. It has been suggested that the emptying of Parliament over Easter recess encouraged a resurgence in the numbers of rodents, with Hoyle saying ‘it is time we got some parliamentary cats’.

Want to understand what the council results mean to you? Download our exclusive guide to local elections.