You are here: Home / PR / PR Spotlight: Saskia James, Consumer Media PR Graduate, npower
Previous Back to all Next 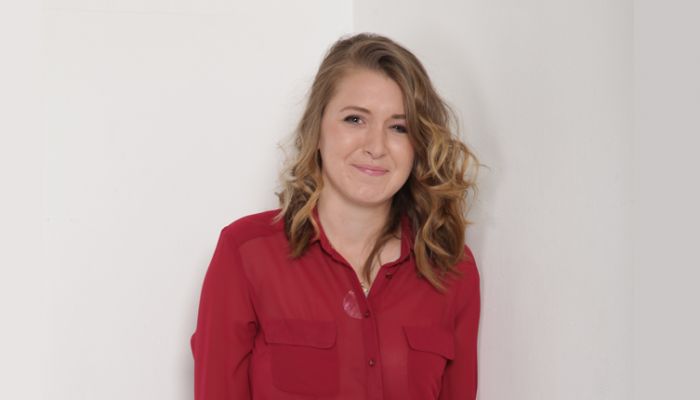 Saskia James is currently on a consumer media PR graduate rotation for npower’s Business Leadership scheme. Working on a number of npower’s PR projects, including its charitable work, Saskia is still fairly new to the world of Public Relations and, as such, has a fresh perspective on the industry.

Saskia’s time at npower has been hampered by her Functional Neurological Disorder, but she’s found that PR has the versatility to support her with a variety of different work projects. She also reveals her overall impression of the PR industry, from challenging to caring, and how she’s faced with ethical dilemmas when dealing with some of npower’s more vulnerable customers.

For my next placement, I thought I’d do something that allowed me to touch on lots of different projects, whilst also giving me some key skills. That’s what led me to choose PR. Being able to write well, speak well and read a lot of material, dilute and clarify it, will be useful wherever I am in the future. I also thought I should have an understanding of the outside perspective of npower and an overview of what we do, what people think of us and what we can do to change that.

How have you found the PR department?
I joined in March, but only managed a month before having to take four months off for health reasons.

I have something called Functional Neurological Disorder (also called Non-Epileptic Attack Disorder) which means I suffer from seizures reasonably regularly – sort of once a week, if not more. I’ve had it for 10 years now and there are certain things that make it worse. Stress and exhaustion are two such things, and working in PR I’ve found that both happen quite a lot.

I love the idea of big projects, short deadlines, go go go – it’s exciting. I thought that might suit me, and mentally it still does, but physically I just can’t handle it and now, at least, I know that.

How has your health affected your PR work?
The biggest struggle is to say no and try and slow down a bit, because I’m so curious but also get very tired. I’ve found my health has never impacted on my work significantly before – at university and school it was always results-orientated so it didn’t matter if you were there day to day, it only mattered if you could get the results in exams or essays. In PR, a good portion of the work you do is about turning up and being there on the day, which I’ve struggled with somewhat. But npower has been absolutely wonderful in terms of my health; I couldn’t have asked for more support.

In order to try and work around my difficulties, my team and I have arranged for me to do some of the more ‘back end’ work of PR, rather than working on, say, one of the PR and marketing campaigns. Instead, I write the stories that aren’t so time sensitive and do some of the process work to try to get systems in place for the team going forward. It’s a shame because it means I’m missing out on chunk of PR that would be interesting, but it also shows that PR has a lot to give anyone, no matter their ways of working.

It also shows that PR has a lot to give anyone, no matter their ways of working

What’s the structure at npower like?
Guy Esnouf is Director of Communication and Corporate Responsibility. He heads up three teams: internal comms, CSR and PR. Within PR, Zoe Melarkey heads up the team and there’s four of us working under her. We also have two people that work part time in PR and part time in internal comms, I think largely to encourage collaboration between the two.

In terms of focus areas, we’ve a lovely new team member that focuses on corporate PR; she does all the relations with our parent company Innogy, financial reporting and that kind of thing. The rest of us focus on domestic and small business PR. Within that we’re very collaborative so everyone gets involved. One person tends to lead on each project, but everyone gets involved to help and support where possible.

What projects do you focus on?
I have four main objectives, though I do try to get involved outside of these.

The first one is to act as press officer within the team. This means answering calls from the media, determining what they want to know and finding an answer for them to their deadline, which is usually very short. I also read the press cuttings and write the press releases for smaller events that that other teams around the business are working on – like being a call centre for Children in Need.

My second objective is to look into our Fuel Bank programme, which has just launched as a charity. So far, this has largely involved collecting case studies and talking to the beneficiaries of our projects. I’ve done 34 very emotional calls; these people have absolutely chilling stories about how their lives have fallen apart quite quickly. There’s starvation in the UK and most people don’t really realise it. Most of the beneficiaries of the Fuel Bank will go to great lengths to survive whilst hiding it from their kids and others. My job is to show that there is a problem and that npower is doing its utmost to try to do something about it.

My job is to show that there is a problem and that npower is doing its utmost to try to do something about it.

With the launch of the Fuel Bank’s charity status, there’s some room to go out to the media now and tell these stories and make people aware. I’ve learnt that you have to be quite strategic about timings because if I’d tried to sell it to the media over the last month or so, no one would have been interested as we already had other stories coming from npower about the Fuel Bank. In January, we’re still in winter but the other stories have died down, so that’s when I’ll do it.

My third objective is around our Health Through Warmth Scheme. It’s another charitable scheme we run and involves the same sort of things – talking to beneficiaries, collecting case studies and pushing it out to the media. There though, the people involved are even more vulnerable and, though learning their stories is relatively easy, pushing it out to the media is difficult because they may not totally be aware of what they’re agreeing to.

As someone that prides themselves on being quite ethical, I’m very aware of the  balance of wanting to get PR for the scheme, which does help an enormous amount of people in a huge way, with making sure we always give priority to the fragility of the people involved, especially when there are mental issues involved. Learning about this balance is good thing for me to do because it really highlights the ethical dimension of PR.

My last objective is working with the PRCA to do an external audit of the team, trying to improve our processes, to make these best in class. This involves setting up contingency plans if things go wrong or issues arise. My hope is that while, in the long term, this will help the team to work more efficiently, it will also highlight really how talented the team is and the amount of work that they do.

How do you approach media relations?
It’s a delicate balance. A lot of our national media coverage is for ‘bad news’ stories, and we often have to spend a lot of time ‘firefighting’. A lot of the press office work we do tends to focus on regional media, often around our offices which are located across the country. Regional media are always looking for stories and they like the idea of a local company as people want to know a bit more about what happens in the business and how they’ve helped people close by.

With regional media, I find that you can build good relationships quite quickly, because you’re effectively calling up the same people again and again, and it becomes just a chat; it’s less serious and it’s less demanding. I’m not saying it’s easy, it isn’t by any means, but they don’t tend to judge us so harshly or see us in such a black and white manner.

What’s your overall impression of PR?
I think PR has a poor reputation and that has not been helped by some issues in recent years that were badly managed. I think it is considered quite hard, and I find it very challenging myself as a place to work. You need to be on top of lots of things all the time, which can be hard when you’re new to the field. God knows how somebody starting in a new industry and a new company, manages when they’re not a graduate – I’m expected to be learning and know nothing but when you’re fresh out of university joining a PR company as a legitimate full-time staff member… I don’t know how they do it.

PR is unpredictable; the amount of multitasking needed is crazy! I’m sat for about five minutes on a project and someone calls in, so I drop everything and then someone else asks for help and people need things and, all of a sudden, your day’s gone out the window. That’s very exciting, in a way, because you never know what you’re going to get but it makes it quite hard to think of the bigger picture. I find it hard to do that as someone at the lowest level of PR, but Zoe, who leads our team, always has a good idea of all the projects going on, what state they’re in and what needs to be done. That takes an enormous amount of brain power and an enormous amount of ability and intelligence. It’s impressive.

It’s more caring and personal than I ever thought it would be.

I think you have to be curious about everything; to question what’s been said but also what hasn’t. There’s also the problem of jargon. Someone can give me documents saying x, y, z – assuming I know the jargon and, actually, I don’t and no one else does, and if I put it out as is, it’ll just get lost.

The opportunistic aspect of PR is quite often lost when you’re in an industry that does get such negative publicity all the time. It’s hard to jump on the band wagon or to take advantage of something when there are so many people that need to say yes and sign off, and check and double check.

PR is also about research and customer focus – drilling down into individuals that have benefitted from our schemes.

It’s more caring and personal than I ever thought it would be.