You are here: Home / Politics / The COVID-19 pandemic: an overview of the UK Government’s respon...
Previous Back to all Next 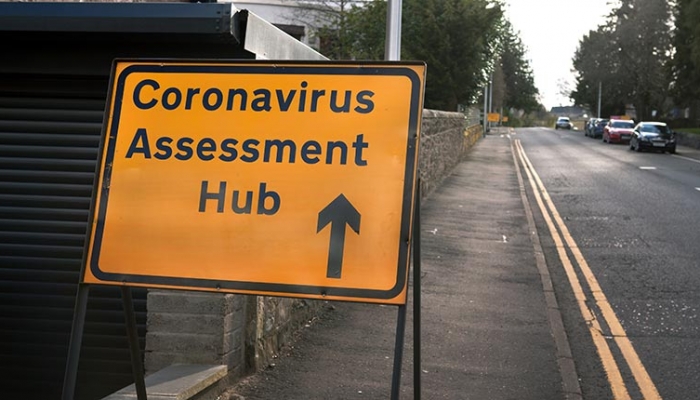 It has now been a year since the first lockdown was announced in the UK. The impacts of the coronavirus pandemic have been far reaching with most sectors needing to adapt to new ways of working according to ever-changing restrictions. None more so than the health sector, which has been the frontline of the Government’s pandemic response.

This blog will look back at how the response was designed to save lives and to protect the NHS. It will also review the wider impacts of the pandemic on the health sector, and the potentials that have been revealed for future improvement and development of the health service for years to come.

The first lockdown was announced by the Prime Minister on 23 March 2020. The whole country was told to stay at home and only go out for a handful of reasons. Meanwhile, the shielding strategy introduced even stricter isolation measures for those considered especially vulnerable to COVID-19.

For the NHS, the acquisition of Personal Protective Equipment (PPE) was the biggest issue at this time, as the country’s resources quickly depleted as the whole world scrambled to find supplies. A survey from the British Medical Association published at the time found that more than half of hospital doctors felt pressured to work without adequate protection. Additionally, the social care sector complained about being left behind in the Government response as providers reported severe PPE shortages.

At this initial stage of the pandemic, the country’s testing capacity was low, and in March the Government made the decision to stop community testing in order to direct its limited supply to hospitals, which were reporting unprecedented levels of staff absences at the time. On 2 April, the Health Secretary announced a five-pillar plan to get to 100,000 tests day, and by the middle of the month published a Social Care Action plan where it promised to extend its testing capacity to the care sector as well.

The first wave saw 40,000 COVID-19 related deaths by the middle of May. Social care was particularly impacted, from March to July there were 30,500 more deaths among care home residents than would usually be expected. Additionally, the Care Quality Commission reported that between April and May, there was a 134% increase in the number of deaths of people with a learning disability and/or autism. Meanwhile, the impact of the virus disproportionately affected those from BAME groups. Office for National Statistics research showed that black men were 4.2% more likely to die from COVID-19 than white men in the first COVID-19 wave. People living in highly deprived and densely populated urban areas were also harder hit by the virus, while those in certain occupations such as construction, social care and transport were also found to be at greater risk.

As COVID-19 death rates began to decrease in Spring, the Government’s focus shifted to how it could prevent future waves of the pandemic. The NHS Test and Trace scheme, led by Baroness Dido Harding, was officially launched at the end of May and increased the UK’s testing capacity and provided better information on the distribution of COVID-19. The £37bn scheme, however, has been controversial for its cost, particularly given its ‘marginal impact’ on reducing transmission last summer.

The summer’s relaxation of restrictions and ‘Eat Out to Help Out’ schemes were short lived as was the Government’s new tiered approach to coronavirus controls. By September, cases were rising across the country again and in November the country was forced into a new lockdown. December’s small respite from these restrictions came to an abrupt end just before Christmas when the Prime Minister placed the whole of the South East and East of England in lockdown. This announcement was a response to emerging concerns of a new COVID-19 variant, said to be 50-70% more transmissible and causing an exponential rise in cases.

The whole country was finally placed under a new lockdown on 4 January and the NHS was again facing intense pressure. Almost one third of all COVID-19 patients since the pandemic began were admitted to hospital in January alone. Despite this worrying trend, the crisis within the NHS public debate became more focused on the vaccine roll out.

The Government’s vaccines delivery plan began in early December. By the time the January lockdown was announced, the vaccine roll out was building momentum with the Government’s plan to vaccinate the most vulnerable by the middle of February well under way. The vaccines’ delivery has continued with undeniable success and over 50% of the adult population have already had their first dose. With cases dropping and the vaccines proving to be highly effective, the Government announced a roadmap, which would see all major restrictions lifted by the end of June.

The impact of COVID-19 has been devastating, with more than 140,000 people having died with the virus. Additionally, the strain of the past year has led to what Mind has called a ‘mental health pandemic’. As referrals to mental health services increased during the past year, the Government announced a £500m Mental Health Recovery Plan. This includes an additional £79m for young people’s mental health in the light of research that suggested as many as one in six may now have a mental health problem, up from one in nine in 2017.

For the health sector, the impacts of the pandemic are far reaching. Latest data from NHS England shows that more than 4.59 million patients are now waiting for elective care, with 304,044 patients having waited for over a year. The Government has announced an allocation of £6.6bn for the NHS to recover from the pandemic, but with the NHS Confederation warning there could be a possible backlog of 6.9m patients by the end of 2021, it seems likely that the effects of the pandemic will be long-term.

Plans for reform of the health sector have also been brought forward consequential to the pandemic, including the Integration and Innovation White Paper promising to integrate health services at the local level. Announcing the plans, Health Secretary Matt Hancock said: ‘The response to COVID-19 has accelerated the pace of collaboration across health and social care, showing what we can do when we work together flexibly, adopting new technology focused on the needs of the patient and setting aside bureaucratic rules.’

The Government has also set out plans to reform public health. Public Health England has been dissolved and a new Health Security Agency will lead the response to health threats and to ensure that the country can respond quickly and at greater scale in the event of future pandemics. A new Office for Health Promotion will focus on health improvement and will lead national efforts to level up the health of the country. Announcing the new Office the Prime Minister said: ‘COVID-19 has demonstrated the importance of physical health in our ability to tackle such illnesses, and we must continue to help people to lead healthy lives so that we can all better prevent and fight illnesses’.

Overall, the health sector has been placed under unprecedented strain for the past 12 months as the Government’s response to the pandemic failed to prevent large coronavirus waves. COVID-19 has shown health professionals the limits to which services can be stretched, but with this, health services have found innovative ways to adapt to new pressures and have driven the necessary improvements in the sector from the bottom up.