You are here: Home / reputation management / BBC or Blairite Broadcasting Corporation?
Previous Back to all Next 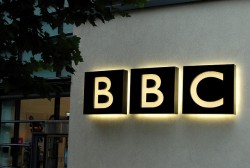 The BBC’s decision to hire Godric Smith, the government’s former spin chief, to help rebuild its damaged reputation amid the Jimmy Savile child-abuse scandal, seems to have backfired. The news reported first by The Sunday Times on 1 September, has sparked fresh public scrutiny and has all the ingredients for a diplomatic debate.

The broadcasting giant has been accused of ‘cronyism’ for hiring Smith, who served as Tony Blair’s official spokesperson between 2001 and 2004, and as director of government comms for London 2012. The move has received more flak for the direct involvement of former Labour MP James Purnell, now with the BBC, who is reported to be behind the £100,000 contract offered to Smith.

According to The Sunday Times: ‘The appointment is likely to raise questions about cronyism at the corporation. Informed sources said Incorporated London, the public relations agency co-founded by Smith in April, was hired without a formal tender, sparking an internal row about which department should pay his fee.’

The BBC’s move is reportedly the latest in a number of appointments that bears links to the government, raising concerns over ‘reignited’ ties with the Left. The Daily Mail stated: ‘The BBC was accused of “stuffing its senior ranks with ex-Blairites” yesterday after it hired one of the former prime minister’s spin chiefs as a key PR adviser.’ The article further stated: ‘The latest appointment reignited concerns over the corporation’s links with the Left leaving it open to charges of political ‘cronyism’ and prompting one Tory MP to brand the BBC the ‘Blairite Broadcasting Corporation.’

The  skepticism on BBC’s decision to hire Smith has spread on to Twitter as well. Here are some key responses that captures the general sentiment:

And on a more positive note – Alp Mehmet, a former immigration officer tweeted: