You are here: Home / Influencers / The Day the Music (Press) Died
Previous Back to all Next 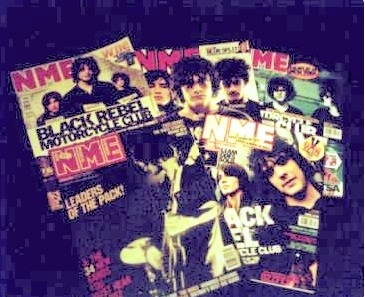 Don’t call it a comeback. The NME (New Musical Express) is following in the footsteps of many of its cover stars and re-inventing itself. From September onwards, the last of the once great music weekly newspapers (who remembers Sounds and Melody Maker?) will become a free sheet. Distributed outside train stations and universities, it is hoped the move will revive the ailing print title’s fortunes which have seen weekly circulations plummet below 15,000 as readership flocks online.

Alongside the proposed changes to the publications business model, the NME will also widen its editorial agenda to feature film, fashion, politics, gaming and technology alongside its traditional output. These editorial changes will also be implemented via the titles popular digital properties.

In short, the NME is attempting to burst out of its niche and join the street fight alongside other freemium titles like Time Out and ShortList. You might suggest the title has lost its streak of rebellion and is trying to fit in with the crowd. The more cynical amongst you might be thinking that beige is the new black.

Will watering down the NME’s core focus damage its editorial impact or will the increase in readership breathe new life into the publication?

PR professionals (particularly in the music industry) may mourn the loss of a publication dedicated to new music, as their clients fight for column inches alongside those promoting other “lifestyle” brands, products and services.

One thing is for sure, the impact of digital will continue to change the media landscape in the coming years and niche publications (especially) can expect to see continued disruption which will have knock-on effects on the PR industry.

Stephen Waddington: It's time for PRs to be taken seriously

PR stunts – can you afford NOT to do them?