You are here: Home / PR Club / Tim Peake – Britain’s Brand Ambassador for Space
Previous Back to all Next 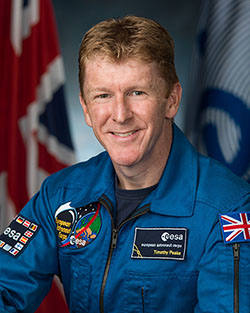 People buy from people they like. When the economy is sluggish and austerity continues to weigh down on the public at large, the idea of sending people into space (at a cost of millions) can be a difficult sell. Step forward Tim Peake, a very British astronaut and a highly likable chap to boot.

As the UK’s first visitor to the International Space Station (ISS), Tim Peak will be conducting numerous scientific experiments that will help mankind take a step closer to Mars and improve life on Earth.

But  perhaps more importantly, Tim Peake has the job of selling space to the next generation of space explorers, scientists, politicians and the general public (who have to pay for it all).

Over the next six months we can expect a PR masterclass that promises to be out of this world.