This week’s Media Updates covers moves and changes at news titles including The BBC, Daily Telegraph and the Sun; fashion, lifestyle and entertainment titles including OK!, Essentials and Zoo; business and finance changes at Brand Republic and Easyfairs and Health, Science & Technology changes at Tech City News 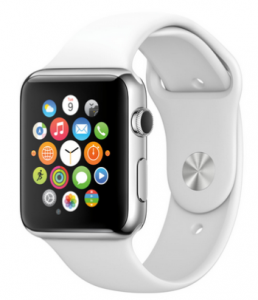 Apple Watch: How smart is it for marketers?

The launch of the Apple Watch marks the next step in wearable technology. However, until Apple is able to justify the price of the watch and prove its long-term value, we are only likely to see big-budget brands such as Facebook, BMW, Nike, Twitter, Uber etc, willing to take a chance on it. How smart is it then for marketers?

Never mind Kim Kardashian, the news of BBC’s suspension of controversial Top Gear presenter Jeremy Clarkson has quite literally broken the internet with news, reactions, jokes and even petitions to #BringBackClarkson ruling online conversations on news sites and social media

‘Sponsorship disclosure should be on the blog’ Susan K. Mann

In the run up to Mother’s Day, Cision spotlighted Susan K. Mann, author of Once Upon a Time…, one of the UK’s top mummy blogs

Shay Mason, author of British beauty and lifestyle blog, What’s on the Blog? spoke to us about how she works with PR, attending a blogger bootcamp and the five best practices marketers need to follow for better blogger outreach