This week’s Media Updates covers moves and changes at news titles including The Times, MailOnline and The Sun; fashion, lifestyle and entertainment titles including Star, Time Inc. and woman&home and Business and finance changes at TES, Money Management and BQ 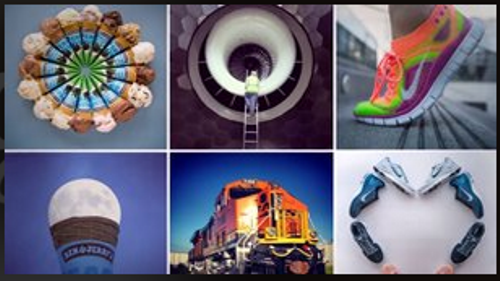 With Mother’s Day approaching, check out what UK’s top mummy bloggers have to say

Instagram and Pinterest are making it easier for brands to tell and sell their story through imagery. The photo-sharing platforms have introduced new changes to make it more commercially viable for brand marketers

Madonna was trending on Twitter for nearly 24-hours after she took an epic fall during her live performance at the BRIT Awards in London on Wednesday night. Hashtags #FallenMadonna #MadonnaAtTheBrits #MadonnaFall and #MadgeDown took over the microblogging platform as viewers and brands come up with jokes and memes, some hilarious, some not so much

#CambMeetUp: How to organise a blogger networking event from scratch

Blogger Philippa Artus spoke to us about what it takes to organise a blogger meet-up from scratch, why blogs are sometimes more convincing than adverts and how brand marketers can and should get involved in blogger networking events

‘If I am commissioned to work I do generally expect to be paid’ Michelle Pannell, Mummy from the Heart

We spoke to Michelle Pannell, author of Mummy from the Heart, about using Skype and Google hang-outs to communicate with PRs, ethical blogging, blogger compensation and the best practices marketers need to keep in mind when working with bloggers.

Josephine Middleton, author of Slummy Single Mummy, has been up to, the brands she is currently working with and what will be big in her blogosphere in the coming months