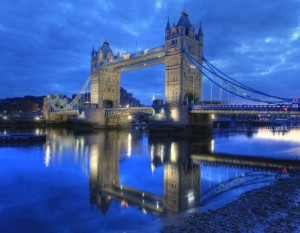 The top  10 London websites cover all the attractions, events, restaurants, hotels and insider information for Londoners and tourists alike. When it comes to London, these websites’ knowledge is second to none

Show & Tell: How To Use Visual Social Media Networks For PR

Brands are betting big on the audio and visual capabilities of so-called rich media platforms such as Instagram, YouTube, Pinterest and SlideShare to help show and tell their story

The state of the UK PR industry: Pay inequality, stress and discrepancies in professional skills sets

A significant pay inequality gap has been revealed in the UK’s public relations sector with men getting paid on average, £8,483 more than women because of their gender, according to the State of the Profession report, published annually by the Chartered Institute of Public Relations (CIPR)

Based on the results of our recent Social Journalism Study, Cision has published an infographic that carefully illustrates the changes in the key characteristics that define these user groups over the last three years while highlighting a shift in social media use among journalists

Are your communications social media ready?

Social media is increasingly becoming a prominent source of news for both the public and newsmakers themselves. Should PRs therefore use digital media as a touch point to reach global audiences or will they choose to remain the middleman between information and media outlets?

What do PRs do that’s good?