This week’s Media Updates covers moves and changes at news titles including the Daily Mail, Daily Star and the BBC; fashion, lifestyle and entertainment titles including Huffington Post UK and the Stylist magazine; business and finance changes at Inside Housing and Retail Newsagent; and health, science and technology changes at Mobile World Live. 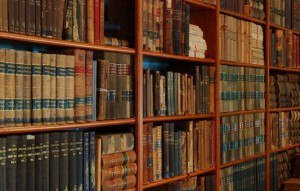 Ahead of half-term and just in time for the Hay Festival, Cision UK has all your reads covered with the Literature Blog ranking.

What social media networks are PRs on?

Social media has become an essential part of the PR’s daily toolkit with more than 60% of UK PR professionals using social networks for work for more than one hour a day. But it’s not just Twitter, Facebook and LinkedIn that takes up their time. According to our Social PR Study, they look to over 50 different social media platforms to meet the demands of PR in the digital age.

How does Cision decide its Top 10 Blog Ranking?

What is the Cision Social Media Index? How do we decide the week’s ranking? How does it work? Find the answers to these questions and more on the Cision Blog.

Making sense of media: what to use and when