You are here: Home / PR / Blogger Spotlight: Zen Terrelonge, DADult Life
Previous Back to all Next 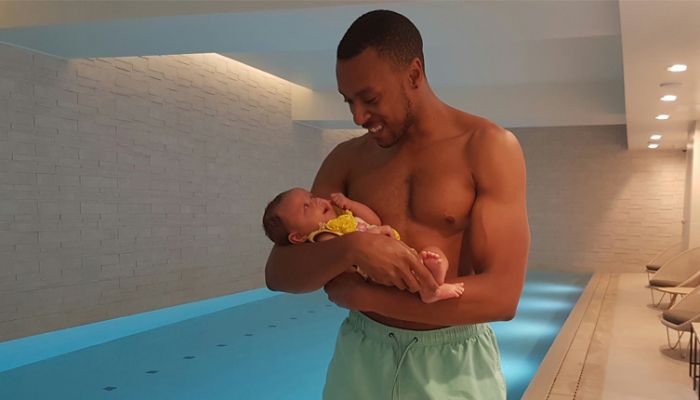 Zen Terrelonge is the founder of DADult Life, a new parenting blog started by Zen during his partner’s pregnancy. With baby Roma now just over five months old, we caught up with Zen to talk all things proud parent, joining a crowded parenting blogging industry and working with PRs.

What inspired you to create your blog?
Finding out I was going to be a father filled me with such incredible pride and passion that I wanted to scream the news from the rooftops – I couldn’t for 12 weeks, of course.

In the meantime, I contented myself by writing about what was happening behind-the-scenes and finally decided I’d make it a regular thing, leapt two feet in and had a website launched.

My close mates aren’t dads yet, so, being something of a lone wolf in that regard, I wanted to share my thoughts throughout pregnancy, birth and fatherhood to reflect on the serious and the funny. And if anyone takes something away from what I’ve written, then even better.

I’m a journalist by trade, so writing is something I do on a daily basis, but with parenthood and my family, they make me feel so strongly and deeply that writing is even more of a pleasure than I would have thought possible. 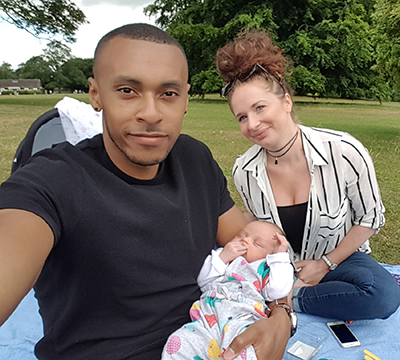 What is the most challenging part of being a blogger?
I suppose the biggest challenge is giving people a reason to listen or to sit up and pay attention. There are a lot of blogs in operation, so getting heard in the noise of the online world can be tricky.

Launching a blog in such a popular space almost feels like being the new kid in a school. It can be quite cliquey and you just hope someone wants to be your mate instead of flushing your head down the loo or writing about you in their Burn Book – the blogging equivalent of which I guess would be indirect tweets.

How have you built up your audience?
I’ve been as engaged as possible. Whether it’s on Facebook, Instagram or comments on the site, I’ll make sure I react to what people are saying and attempt to foster conversation.

And as I mentioned, given that writing is my profession, I pride myself on the content I’m pushing out, so I won’t rush anything or put out a blog that’s been written with a half-arsed approach.

Since starting your blog, what have you learned about the industry?
I’ve learnt that there is a genuine community of parents who love to talk and share. As someone who doesn’t know lots of young parents, it’s been a brilliant way to connect with others going through the same things I am, as well as learning from others further ahead in the parenting journey or offering my experiences to those just starting theirs.

Struggling to reach influencers? Try the Vuelio Media Database and get access to 11,000 UK Bloggers in parenting, travel, lifestyle & more.

Is there any advice that you would like to share with any PRs or aspiring bloggers?
To PRs: please spare a moment and take the time to recognise who you’ve approached – make sure what you’ve sent is relevant and addressed to the right person. Respond to all emails if they’re genuine because everyone starts somewhere, and look beyond high follower numbers – what is the content itself really like?

To aspiring bloggers: You’re not alone – come and say hello! I don’t have snacks, but I have memes and hug emojis to provide.

How do you like to be approached by PRs?
I’m flexible; email is great because it spells everything out in front of you and it’s fast, and phone calls are also welcome – but if you call someone and don’t get an answer, leave a voicemail!

I’ve become friends with some PRs over time, and ones I’m pally with will just send a message via WhatsApp for guaranteed delivery and convenience.

Do you consider social media an important tool in directing traffic toward your blog?
Certainly. You can showcase your personality via social media in terms of what you’re about with posts, whether that’s through pictures, statuses, videos and even captions, so doing so should support redirection to the meatier stuff on the blog, which ultimately has the richest content of all.

What are your plans for DADultLife in 2017/18?
I’m embracing fatherhood as much as possible, so naturally that’s going to result in some interesting scenarios. In just under three months since Roma has arrived, I’ve been blasted by a poozooka, invented the prambrella, as well as taken her to the cinema and a festival – not locations you’d normally associate with a newborn.

I’m having an incredible amount of fun while also gaining knowledge with parenting, which I hope comes across with my work – I plan to continue that, meeting other amazing dads and mums along the way.

What kinds of PRs or campaigns are you interested in working with/on in the future?
I can openly say my knowledge of baby and parenting brands is still a work in progress. I’ve tried a few gadgets and gizmos and whosits and whatsits, as well as various nappy brands, but I’m by no means an expert.

If any PRs want to educate me on the wares of their clients, then I’ll be only too happy to listen to what they have to say – I’m one of the good guys.

Just as long as it doesn’t involve me using ten brands of teeth whitener like a reality TV star, I’m open to suggestion and available to talk.

Zen Terrelonge and his blog DADult life are just two entries on the Vuelio Influencer Database, which is the UK’s leading influencer database available to the PR and communications industries.