You are here: Home / Politics / Budget 2021 Speculation: supporting the vaccine rollout and boosting the...
Previous Back to all Next 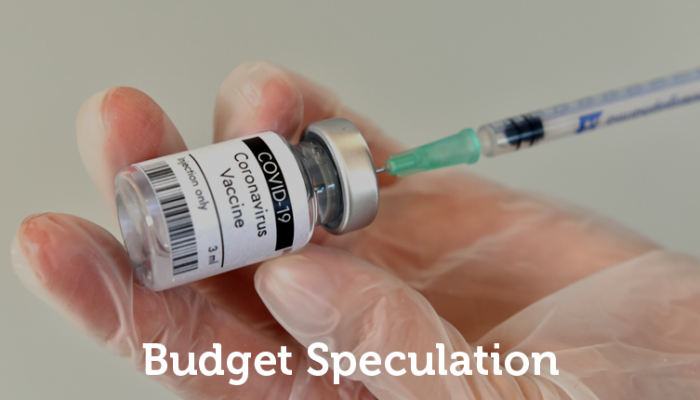 The Spring Budget will likely set out what the Autumn Spending Review of last year attempted to achieve: support the health sector in its immediate efforts to reduce the spread of Covid-19 transmission and then help the wider sector recover from the battering of the pandemic.

Another coronavirus wave later, the Budget needs to support the continued roll out of the Covid-19 vaccine and NHS Test and Trace. As it is hoped that the current lockdown is the last, the Budget should lay forward plans to drive improvement across health and social care following on from the pandemic. This imperative given the wide impacts Covid-19 has had on NHS health services and social care.

Measures to prevent the spread of the pandemic have proven costly during the past year. The controversial NHS Test and Trace scheme has seen its budget for 2020-21 grow over time, now standing at £22bn. Despite initial concerns that the system was only having a ‘marginal impact’ in reducing Covid-19 transmission, figures in recent months are more promising. More than three million people were tested during a single week in February and NHS Test and Trace successfully reached 87% of those who received a positive test result, and 93.5% of their contacts.

However, even with this progress, the scheme is far from perfect. Giving evidence to the Science and Technology Committee in early February, Dido Harding, Chair of NHS Test and Trace, said an estimated 20,000 people a day who are asked to isolate were not doing so fully.

With testing and contact tracing expected to be used for the country to come out of lockdown during spring, it seems likely that political focus will once again switch to NHS Test and Trace, with long term commitment to the scheme essential to keep the country out of lockdown.

The roll out of the Covid-19 vaccine will need continued momentum from the Treasury. The Government has already invested over £300m into manufacturing a successful vaccine. This includes securing 100m doses of the Oxford/AstraZenca vaccine and 40m doses of Pfizer/BioNTech vaccine, which are both currently in deployment. However, the emergence of Covid-19 variants across the world could hinder the effectiveness of these vaccines, and new vaccines may need to be developed and deployed in the future.

The Health Secretary suggested earlier this month that new treatments and vaccines would play an important role in turning Covid-19 from a pandemic into another illness that we have to live with, like we do with flu.

Aside from the pandemic response, the upcoming budget must support the wider health sector. With many non-Covid treatments cancelled and delayed over the past few months, the think tank Reform has suggested that 10m patients could be on an NHS waitlist by April 2021.

Large amounts of funding have already been earmarked for NHS services, including a £3bn NHS recovery package announced in the Spending Review last autumn. £1bn of this was allocated to support the NHS in tackling the elective care backlog and support hospitals to cut long waits for treatment by carrying out extra checks, scans and additional operations or procedures.

It is likely that this support will have to be expanded in the upcoming Budget to account for the pressures faced by the health sector in recent months, which saw hospitals severely stretched by unprecedented levels of Covid-19 hospital admissions, almost double the number seen during the first wave in spring 2020.

Cancer Research recently argued the sustained disruption of the pandemic has ‘left a deep rift in cancer care’, with 40,000 fewer people starting cancer treatment across the UK last year. Meanwhile, the British Heart Foundation (BHF) has highlighted that tens of thousands of potentially life-saving operations have been cancelled or delayed during the pandemic. BHF has called for the Chancellor to announce an additional £10bn investment this year to deliver the aims of the NHS Long Term Plan as well as invest in public health programmes.

NHS Providers has appealed for support to tackle the growing and long-term pressures arising from Covid-19, as well as funding to drive forward improvements in patient outcomes, quality and efficiency. Additionally, it has called for the Government to recognise the contribution to the pandemic response from NHS staff over the past year, with a pay rises and a workforce plan.

Social care cannot be forgotten in the upcoming Budget. When the Government published its White Paper on NHS reform earlier this month, it promised to publish separate proposals for social care later this year. It would be encouraging if the Budget could set out some of this essential long-term investment for the sector.

NHS Providers said that this is vital considering the impact the Covid-19 pandemic has had on social care. The Association of Directors of Adults Social Services also recently called for wide reform across social care including a commitment to long- term funding.