You are here: Home / PR / Obama’s finest PR moments
Previous Back to all Next 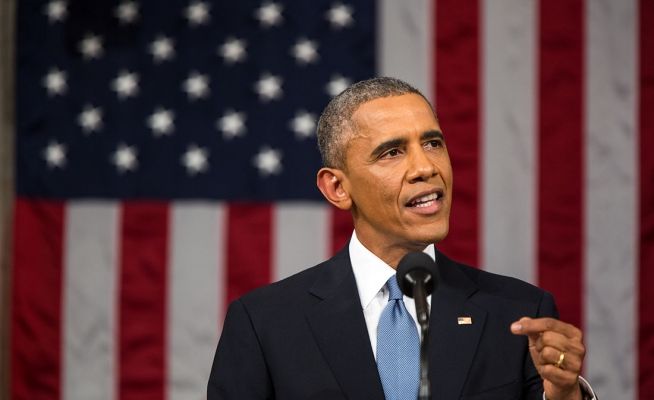 There are very few presidents who had the charisma, charm, eloquence, coolness and global appeal as Barack Obama. Described as one of the greatest orators of his generation, Obama was one of a kind. But later today Barack Obama will be stepping down from his role as commander in chief to make way for the new leader of the free world, Donald Trump.

But before he bows out, we think it’s appropriate that we look back over Barack’s finest PR moments.

1. The hug that became a social media phenomenon

Who remembers the infamous hug between Barack and Michelle? Following his second historic presidential win, a simple picture of Obama hugging Michelle with the accompanying message ‘Four more years’ captured the world’s imagination. Within hours the photo became a social media sensation, becoming the most-shared image, setting the tone for his second term in office. 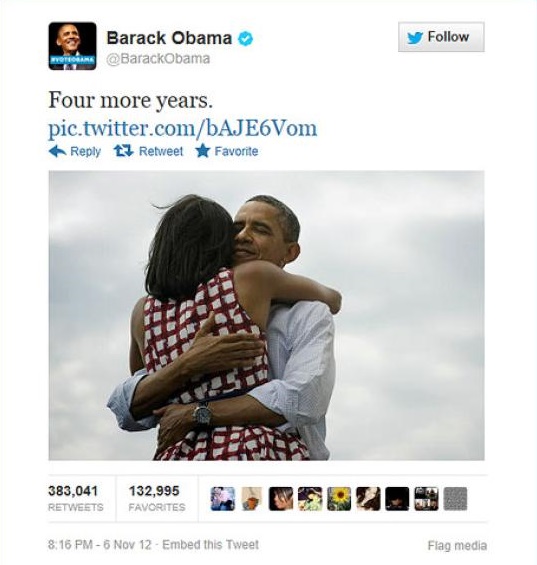 The Obama administration have been trailerblazers in regards in regards to their use of social media. In an attempt to encourage support for Obama’s Affordable Care Act, the President invited some of the most popular self-made stars on YouTube to a White House Summit. The outcome was a hip-hop parody video, featuring YouTube stars like Alpha Cat urging American’s to sign up for Obamacare. The YouTube video quickly went viral, generating over three million views.

3. The Obama and Biden bromance

If you’re an active social media user you would have undoubtedly seen the countless memes of Barack and Joe Biden running in the White House, which has taken on a life of its own. The original purpose of the YouTube video, which has just under two million hits was to get kids to drink more water and exercise.

4. The moment that love won

One of Barack Obama’s finest moments was when he legalised gay marriage. The hashtag #LoveWins quickly went viral with millions across the world using the hashtag and rainbow Facebook profile picture filter, heralding a new era of equal rights. Riding on the wave of widespread support of gay marriage, the White House was lit in rainbow colours in celebration of the landmark Supreme Court ruling. 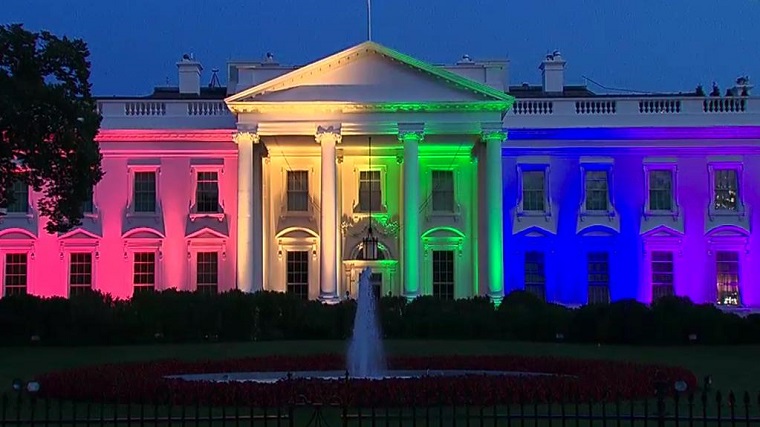 5. It takes two to Tango

In March of last year, Barack Obama became the first president in nearly nine decades to set foot in Cuba. His administration took part in secret negotiations over normalising relations with the communist island, opening new trading between the two countries. But the highlight of his historic trip to Cuba was Obama showing off his hot moves while dancing the Tango at the Argentina State Dinner.

America and the UK have always had a special relationship and this was further cemented during the Obama administration. On the eve of the Invictus Games, Mr and Mrs Obama began a social media war with the Queen and Prince Harry. The hilarious exchange again showed the strong bonds between the White House and Buckingham Palace.