You are here: Home / Marketing / Publicis Omnicom Group – The real Mad Men
Previous Back to all Next 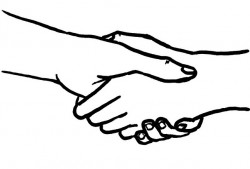 Mad Men fans will probably remember the ‘you show me your pitch, I’ll show you mine’ episode in season six that culminated in a merger between the rival ad firms of Don Draper and Ted Chaough, sealed simply with a handshake over a scotch in a dingy bar in Detroit. That was Madison Avenue of the 1960s and things stayed much the same in the real world until Martin Sorrell and the Saatchi brothers came along and ‘acquired’ it. The following four decades has been strife with mergers and acquisitions for the global advertising industry which has seen many small shops sell out to the bigger agencies and integrate resources under adland’s “Big 4” holding companies namely, WPP, Omnicom Group, Publicis Groupe and the Interpublic Group of Cos.

Today a new battle ensues among the big guys who are competing within the digital space and for the few internet giants in whose hands a large chunk of ad spends are concentrated. With little scope for horizontal growth, the top ad companies are now turning their sights on one another to create monopolies and overthrow rivals.

Sunday’s announcement of the proposed $35bn (£23bn) merger between America’s Omnicom and France’s Publicis which will oust Sorrell’s WPP to take on the number one spot in advertising, is testimony  to to the height scaled by the ad industry. Interestingly though, it is not so much the mega deal, as its complexity and the impact it is likely to have on the media, advertising and PR  sectors that industry experts remain skeptical about.

Labeling it as ‘bold, brave and surprising’ Sorrell, for starters is understandably cynical of the partnership between his biggest rivals. Media reports quoted him as saying that: ‘time will tell if the cultures will click and whether clients and talent benefit – and how $500m of synergies will be generated without job cuts. Co-CEOs is not an easy structure.’

The merger is also drawing close scrutiny from antitrust experts and regulators who believe the sheer size of the two companies (which when combined would control 40 percent of U.S. media spending and 20 percent of the global market), would be “anti-competitive”.
‘The merged firm is going to be able to influence strategy for an entire industry,’ Bert Foer, head of American Antitrust Institute said in a phone interview. ‘They will have a unique ability to tell clients, “Here’s what you need to do,” and an enhanced ability to coordinate strategies such as when to introduce new products, how to price them and how to market them.’

In a blog titled ‘Bigger, stronger, madder?’, the Schumter columnist from the Economist pointed out:
‘The creation of the new combined firm, Publicis Omnicom, came as a surprise both to rivals and clients, some of which grumbled privately that they had not been consulted. Keeping both PepsiCo and Coca-Cola happy within the same firm will be one of the many problems it has to deal with,’

Haymarket Group’s PRWeek pegs the combined fee income from the two companies at £85million and warns of cost saving consequences the deal will have on advertising and public relations field. Lansons Communications founder Tony Langham quoted here, said: ‘There will be a lot of nervous senior UK PR folk this morning (Monday) as rationalisation at senior level is inevitable.’

Bob Hoffman, author of ‘101 contrarian ideas about advertising,’ is doubtful on the efficiency this mega deal will actually translate into. In his blog he said: ‘As in so many other fields, the ad industry has discovered that it is way more profitable to provide a mediocre product to a lot of people than a high quality product to a few.

In agreement is Avi Dan, marketing and advertising expert and contributor to Forbes. He argued: ‘As companies grow bigger they tend to get less efficient, slower and more bureaucratic because they become harder to manage. It would be a while before the combined company figures out its org chart, leading management to focus internally and not on client business.’

Meanwhile, experts believe the merger is an indication of things to come in the world of advertising. The Economist cautions, ‘it will be no surprise if Martin Sorrell, WPP’s boss, soon pulls another deal out of his hat to return his firm to the top of the “Mad Men” league.’