You are here: Home / Social Media / Twitter reacts to Theresa May’s Brexit speech
Previous Back to all Next 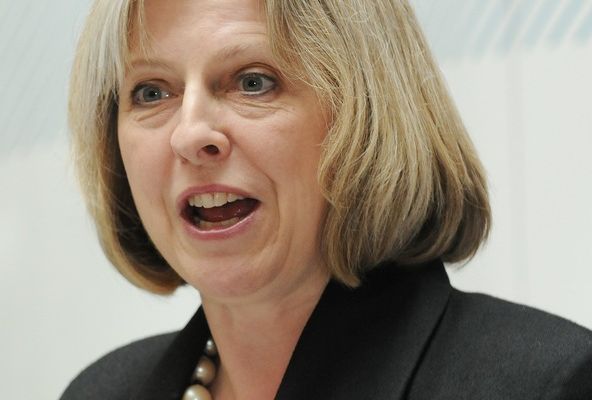 Speaking earlier today Theresa May announced that the UK “cannot possibly” remain within the European single market, as staying in it would mean “not leaving the EU at all”.

During Theresa May’s much-anticipated speech, the prime minister promised to push for the “freest possible trade” with European countries and to sign new deals with others around the world. Critics have swiftly responded accusing May of contradicting herself, while others believe the prime minister is right to take a huge gamble on hard Brexit. But how are people reacting her keynote speech?

An accurate representation of #TheresaMay trying to #brexit smoothly… pic.twitter.com/mZuVfupiHY

If #TheresaMay thinks that other #EU nations will give us what she wants, she should take note of this French MEP.

Official then: the PM is sacrificing the economy and chances of young people on the altar of short-sighted populism #Brexit #TheresaMay

It’s time there was a vote of no confidence against #TheresaMay b/c she has led us into a #brexit desert. #houseofparliament

What sort of delusion is #TheresaMay suffering from as if her speech would change my mind about wanting to remain an EU Citizen. #Brexit

Isn’t it refreshing to see a British PM acting like world leader and setting her own tough terms for a negotiation? #TheresaMay #bbcdp

Absolutely no reassurance on higher education or research from #TheresaMay. Now we know – #Brexit means jumping off the cliff and hoping…

Proud we have a Prime Minister that isn’t afraid to stand up for this countries interests and against globalism. #TheresaMay #Brexit

#TheresaMay is turning out to be a rather useful PM indeed. Leaving the single market is the only successful way forward. #Brexit

It’s about time. She should remember why the people of Britain ?? trusted her to vote her in in the first place.#Brexit #TheresaMay https://t.co/d6bokmZUR0