You are here: Home / Politics / 2020 Conference season: What were the key themes for health and social...
Previous Back to all Next 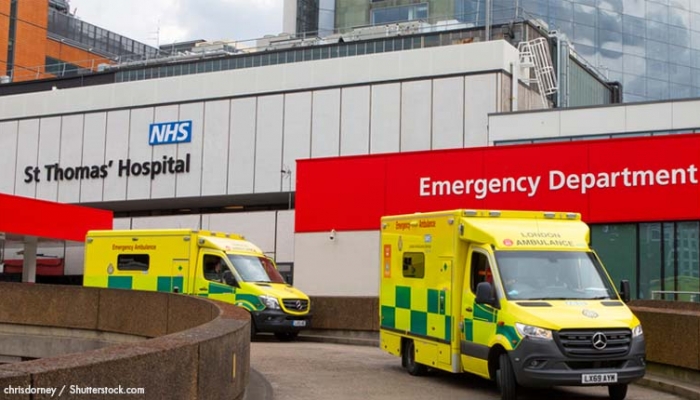 In a series of blogs, the Vuelio Policy team is sharing insight from the main Party Conference speeches and from fringe meetings. Imogen Brown focussed on announcements affecting the Health and Social Care sectors.

Conservative Party – Prevention, Technology in the NHS and Workforce

Health and Social Care Secretary Matt Hancock spoke at numerous events across the Conservative Party conference focussing on three of his key policies; prevention, technology in the NHS and workforce. In conversation with Baroness Blackwood, Hancock highlighted the large role of technology during the pandemic, including the massive shift to virtual GP appointments which he said helped protect the NHS during the peak of the pandemic. The shift to virtual appointments is also an example of where the pandemic could alter the health sector for the long term, with Hancock arguing that the shift is useful for patients, clinicians and can expand the capacity of the wider NHS. He also highlighted the other roles technology can play in the NHS, including the use of AI in diagnostics and modernising data sharing across the health sector.

On prevention, he highlighted that the Government’s new obesity strategy has come in response to the coronavirus pandemic, with people who are obese more likely to die from the virus. He encouraged people to take a greater responsibility on their own health, with the hope that people are better informed on their own health risks.

Finally, Hancock touched on the key Conservative pledges formed at last year’s Party conference, including the pledges of ‘50,000 more nurses’ and ‘6,000 more GPs’. He pledged that the Government, despite coronavirus pressures, will still deliver on their promises and argued that the Government is on track to meet these targets, in part because of retired doctors and nurses returning to their profession during the pandemic. On wellbeing, he said that historically there hasn’t been enough wellbeing support for the people who work in the NHS, the pandemic has showed how much they must be valued and that their voices must be heard policy decisions.

Social care was a key theme at the Labour Party conference with Angela Rayner opening the Women’s Connected event arguing that with social care workers being systemically undervalued, they should receive a real living wage. The concerns were echoed throughout the conference, including during a fringe event where Shadow Minister for Disabled People, Vicky Foxcroft spoke on how coronavirus has exposed the issues in social care which have been entrenched for decades. The panel called for long term funded reform plans to be implemented, with provisions on integrating health with social care and plans to address the high turnover rates in the social care workforce. Shadow Mental Health Minister Rosena Allin-Khan in an event with IPPR and the Royal College of Nurses highlighted the mental strain that the pandemic has on those working across the health and care sector. She called for the Government to adopt Labour’s Care for Carers package which would give immediate, tailored mental health support for the health and care workforce.

Shadow Health Secretary Jonathan Ashworth said addressing health inequalities are an imperative for Labour. Speaking at a fringe event he argued that the Government’s response to coronavirus is weak, in part because of 10 years of austerity on the country, with cuts to social care and diagnostics leaving the health service at a lower capacity to handle a pandemic. He highlighted that those living in poverty in overcrowded houses, or those in low paid public facing jobs have been some of the hardest hit by coronavirus. He called for a working track and trace system to be implemented as well as support for those on low incomes to be properly supported during their self-isolation periods so that people are protected during the pandemic.

In her speech, Liberal Democrat Spokesperson for Health and Social Care Munira Wilson highlighted that issues including hospitals ‘falling apart’ and the ‘long-running crisis’ in social care, were present even before coronavirus hit. But with coronavirus more problems have emerged, including the impact of isolation and bereavement on mental health, a failure to protect frontline workers and the continued lack of a ‘world-beating’ test and trace system. She said that failures on messaging and communications, contact tracing and the lack of support for social care have led to a weak coronavirus response and called for local leaders and councils to have a greater role in the response.