You are here: Home / Politics / Alistair Carmichael MP: Government was ‘working in a hurry’ and must do ...
Previous Back to all Next 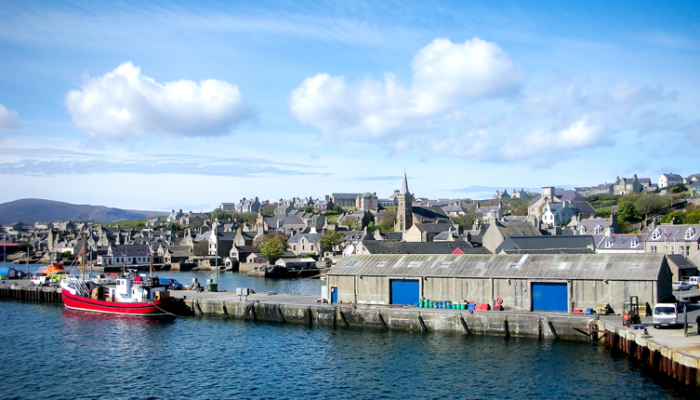 Former Scottish Secretary Alistair Carmichael asks that the Government makes more support available to small businesses and the self-employed, or risk a far smaller and less vibrant self-employed sector in the future.

It takes a particular sort of person to start your own business or to make your living in self-employment. It is not for everyone. Yes, it can give freedom that will never be found in a large corporate or in the public sector. It can also bring a lot of risk and uncertainty. There is no chain up that blame can be passed. For good or ill, you know where the buck stops.

For many people who are self-employed it is not just a means of earning a living but can also be a lifestyle choice, informing how they see the world.

It is that mindset that Government always finds difficult to understand, and not just in the current COVID-19 crisis.

Last week when the Government announced new measures to support self-employed people, I welcomed the efforts, however overdue.

One week on, however, and it is becoming clearer from my inbox that there are large gaps in this support, even setting aside the extended delays in getting it. Few of the self-employed feel any more reassured today than they did this time last week.  For many, the despair is deepening. Lockdown pulled the rug from under their feet and they see nothing to cushion their fall.

One accountancy practice in my constituency tells me that more than 75% of their clients do not qualify for any of the support measures offered by the Government. That is the scale of the failure here.

These are often young businesses – sole traders who either have yet to file a tax return or filed their first tax return last year. Their accounts are often complex due to the short period covered and high level of start-up costs reducing their recorded profit. Most importantly, these businesses have not had time to build up cash reserves to see them through this crisis.

One constituent who contacted me set up a small groundworks company in 2018. Due to the purchase of essential equipment that year, he spent more money than he made, and because the last financial year is the one his eligibility is based on, he has been told that he cannot receive any support aside from Universal Credit. He feels – and I agree with him – that it seems very unfair that he must use his savings to stay afloat, while the vast majority of the UK are receiving assistance.

A further complication is presented for those working in tourism, which makes up a vital part of the local economy in my constituency and others. Outside major cities like London it is highly seasonal, and yet this is not recognised in the Government’s measures. Those who rely on the summer trade – now likely to be minimal as a result of the virus – to cover them through the rest of the year cannot live for twelve months on three months of Government support based on an ‘annual average’.

Perhaps the most frustrating aspect for these businesses is the inability to access grants available to business rate payers. Most small businesses starting out are run from home, and many continue in this way for practical reasons. Home based businesses are no less important than businesses that operate from rateable premises and yet so far, no support is offered to them.

The issues I highlight here are just a few examples of those that I have encountered from constituents in the last few days. My hope is that the current measures are inadequate because the Government was working in a hurry, rather than because they have designed something that they think will do the job. It has been my experience, though, that Government departments struggle to ‘get’ how self-employment works. That, I believe, is why the scheme took longer to design and why it has so many flaws and gaps.

No one is expecting to get through this crisis without any hardship at all, as the Prime Minister suggested when I put my concerns to him before the parliamentary recess. All that self-employed people are asking for is the same treatment and the same assurances as people in employment have already been given. If we cannot stretch ourselves to support our dynamic self-employed economy now, we cannot be surprised if it is far smaller and less vibrant in the future.

Alistair Carmichael is the Liberal Democrat Spokesperson for Foreign Affairs, Brexit and the party’s Chief Whip. He is the MP for Orkney and Shetland.