You are here: Home / Politics / Baroness Bennett: ‘We have to stop wrecking other people’s countries’...
Previous Back to all Next 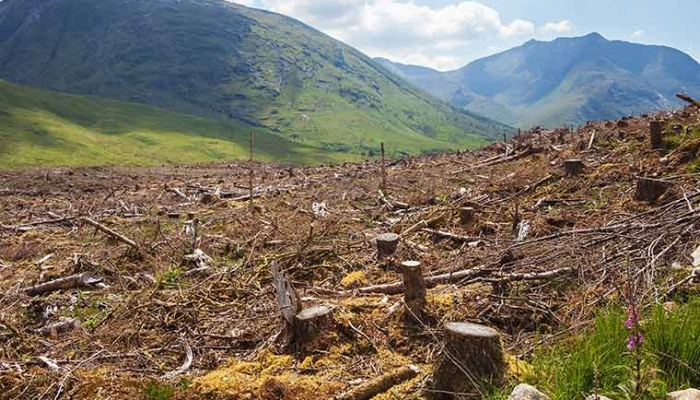 This is a guest post by Green peer Baroness Bennett of Manor Castle (Natalie Bennett), who was leader of the Green Party of England and Wales from 2012 to 2016.

What’s been called the development of the Global North – the creation of the society we have today – was built on expropriation and extraction through force from the rest of the world. It is been calculated that India alone saw $45 trillion in wealth extracted over 173 years.

But the practice isn’t just history. It is still ongoing today, as the conclusions of the UK’s independent Global Resource Initiative Taskforce (GRIT) demonstrate. It was a far from radical group – including reps from Cargill, McDonald’s and Tesco – but it could not but conclude that the UK needed a ‘new strategic approach… to overcome the challenge of commodity-driven deforestation and land conversion.’ Between 2016 and 2018, an area equivalent to 88% of the total UK land area was required to supply the UK’s demand for just seven agricultural and forest commodities.

The new Schedule 17 of the Environment Bill – addressing products from forests and deforested lands – aims to address some of that. But in the debate in the Committee stage of the Bill, members from all sides of the upper house tore into that weakness of the Schedule.

It was the Conservative Lord Randall of Uxbridge who put down the most far-reaching amendment, calling for a global footprint target. In our climate emergency and nature crisis, in a world wracked by poverty and inequality, the need for that is obvious and undeniable. We need to reduce our ecological footprint by around 75% to fit within ecological limits.

In commenting on that, I looked at the ways in which it would directly, immediately, benefit the UK. It would reduce the risk of future pandemics. It would help safeguard against the economic costs of biodiversity decline and climate change; the WWF Global Futures report calculated that will cost the world at least £368 billion a year, with the UK suffering annual damage to its economy of £16 billion a year by 2050. It would also support the resilience of UK and global businesses and help businesses to manage risk proactively.

Crossbencher Baroness Meacher moved the simplest – unarguably right – amendment, noting that the Schedule only covers companies doing due diligence to ensure that they are not taking products from illegally felled forest land. But ‘legal’ deforestation is often profoundly disastrous and unsustainable: 2.1 million hectares of natural vegetation within the 133 Brazilian municipalities that currently supply the UK with soya could be legally deforested. It also introduces a perverse incentive to encourage the legalisation of deforestation.

UK businesses could also benefit from this amendment. Currently, in many parts of the world, laws relating to land use, forests and commodity production are numerous, uncertain, inconsistent and poorly implemented. It is very difficult to determine legality, and companies can be trapped in a regulatory, paperwork minefield from which the amendment could free them.

An amendment from Baroness Jones of Whitchurch brought in a further dimension, the inter-relationship of human rights and the protection of nature. It called for the recognition of customary land ownership and control. Some 80% of indigenous and community lands are held without legally recognised tenure rights. We know that in indigenous and tribal territories, deforestation rates are significantly lower. Ensuring respect for customary tenure rights is an efficient, just and cost-effective way to reduce carbon emissions.

A further amendment, tabled by Lib Dem Baroness Parminter, was essentially the reverse of what the House of Lords achieved in the Financial Services Bill. After a lot of wrestling, the House of Lords finally got a reference to climate into that. What we also need to do is to get the need to control the disastrous impacts of finance addressed in all the other Bills.

The UK is the single biggest source of international finance for six of the most harmful agribusiness companies involved in deforestation in Brazil, the Congo basin and Papua New Guinea, lending £5 billion between 2013 and 2019.

If deforestation was a country, it would be the third largest emitter of carbon, behind China and the US. Some 80% of deforestation is associated with agricultural production, yet figures published recently from five major UN agencies show that the number of people without access to healthy diets has grown by 320 million in the last year. They now number 2.37 billion in total. A fifth of all children under five are stunted because of lack of access to the most basic resource of all: food.

The need to reform Schedule 17 when we get to Report Stage in the House of Lords in September is clear. We have to stop wrecking other people’s countries. We have to ensure that our lives are lived within the limits of this fragile planet, and that everyone else has access to that basic level of resources that is their human right.