You are here: Home / PR Pulse / MPs believe social media has a negative impact on politics
Previous Back to all Next 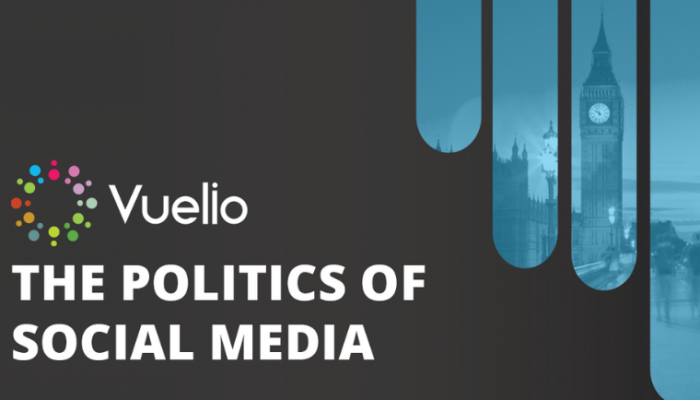 Research commissioned by Vuelio, the political and media software provider, has found that MPs believe social media has a negative impact on politics, with four in five (81%) of the 137 MPs surveyed believing public attitudes towards politicians have been changed for the worse as a result of social media. The research is released at a time of heightened speculation regarding an early general election. It is important to recognise the central role that social media is likely to play in any subsequent campaign, as a crucial communication tool for all of the main parties.

While MPs believe, on balance, that social media has had negative impact on politics, they do recognise some positives. Almost half (47%) of MPs say it has improved the transparency of politics and around two in five (44%) say it has improved engagement between politicians and the public.

Commenting on the research, Joanna Arnold, CEO of Vuelio said: ‘Social media has ushered in a new era of political immediacy that is reshaping how politicians engage with the public. While recognising that social media has improved transparency, four in five MPs believe it has changed public attitudes towards politicians for the worse. The depth of concern that MPs have is a timely reminder of the risks of social media as well as the potential it has to transform political engagement.’

Max McEwan, Senior Consultant at ComRes said: ‘While politicians clearly have misgivings about the impact of social media on the political process, they are increasingly reliant on these new tools of communication. This is particularly true for MPs in marginal constituencies, for whom the research shows that social media is the most important channel when engaging with potential voters. We therefore stand poised to enter an election that could be decided based, in part, via a communication channel that MPs consider to have damaged the political process.’

Rachael Clamp Chart.PR, MCIPR, Chair of CIPR Public Affairs said: ‘This is fascinating research. A challenge for politicians and a pause for thought for anyone who wants to engage with them.

‘Social media has broken down barriers and removed some of the mystery surrounding the nature of our ‘them’ and ‘us’ politics. But the role of an MP has also become ambiguous. What some MPs say has driven engagement with constituents hasn’t resulted in better debate and is eroding traditional media channels. MPs are also making a distinction between how they engage with the public and how they engage with lobbyists, which is part of ethical lobbying practice.’

Labour MPs are most likely to consider social media as important to engagement compared with Conservative MPs (75% vs 57%). When it comes to reaching stakeholders working in policy or the media, MPs consider activities in parliament, such as parliamentary debates and APPG sessions as significantly more important (60%) opposed to less than half that figure (25%) choosing social media.

This research was commissioned by Vuelio to understand the changing relationship between MPs, the press, editorial and social media. ComRes surveyed 137 MPs (51 Conservative, 67 Labour, nine SNP and 10 others) using a combination of paper and online surveys. The survey was conducted between 11 June and 12 August 2019. Data have been weighted by party and region to be representative of the House of Commons.