You are here: Home / PR Pulse / PR’s class problem needs to be fixed
Previous Back to all Next 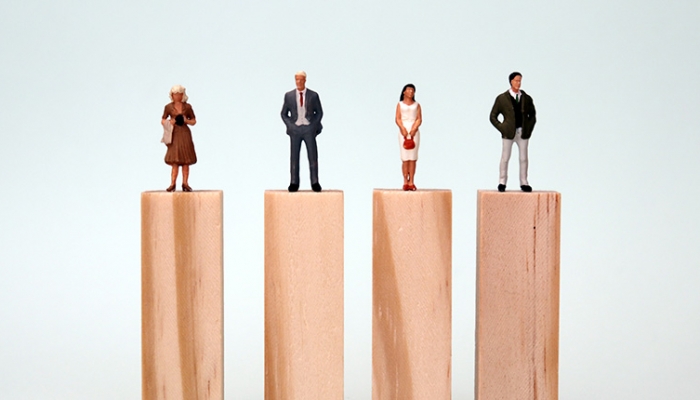 Those in positions to make change in our industry are, in some cases, starting the work of listening to and acting on conversations around race, gender, sexuality, disability and class equality, and change is trickling down into campaigns that increasingly speak to a wider audience. But take a look at the make up of our workforce and it is clear there is much to do before the UK comms industry can reliably communicate with everyone it hopes to in society.

I hate cliches, prejudices and preconceived ideas, but I have them; we all do. When working on the media side of the PR/journalism field earlier in my working life, the descriptor ‘PR’ automatically conjured up a certain expectation in my mind, formed from the experiences I’d had so far. PR, to me, meant the person I would be working with would most likely be white, female and definitely middle class. If higher up in the agency or in-house hierarchy, I would expect to be dealing with a middle-class man instead. Usually, I’d be right in those expectations – I loved to be proved wrong.

When it comes to class, the PR and comms industry is still ‘posher’ than others. PRCA’s PR and Communications Census for 2020 found that the number of PR practitioners who attended fee-paying schools is three times that of the national average – 21% versus 7%. CIPR’s State of the Profession also underlined the issue with class inequality – PRs are more likely to have a degree (76%) when compared to the general public (35%). 41% of PRs have parents with university degrees, while around half of that number (21%) received income support or free meals during their time at school.

During our accessmatters session with The Social Mobility Foundation’s Sarah Atkinson, we asked the audience if they’d ever felt discriminated against because of their social background – 83% answered yes.

Sarah wasn’t surprised: ‘People are being judged for their accent, for not quite knowing the right things to say or do, not dressing ‘properly’. Others are assuming everyone can afford to do things. There are people asking, when you’re 35-years-old, what school you went to, as though that’s information that anyone needs.’

The first interview I attended when dipping into comms was with a man who looked at me like I was a miracle – a person who had attended a comprehensive school and then got into university. He genuinely didn’t seem to realise that these things happened. I’d never experienced this confusion and awe from anybody before. But then, like him, I’d never really had significant interactions with many people outside of my own social or class bubble. During the interview, he (not unkindly) aped some of my pronunciations with a little laughter and insisted on giving me £20 for the train home. I was offered the job, but I was rattled – I didn’t take it.

If you’re part of that 83%, come from a low-income background bolstered by Family Credit, or have working-class roots, the difference from your peers in comms can impact your work and levels of comfort. Backgrounds don’t get left behind because of achievement, or time. According to the statistics, ‘low-ability’ children from high-income families are 35% more likely to be high-earners than ‘high-ability’ children from low-income families. Only 12% of chief executives are from lower-class backgrounds. As Sarah summed up: ‘Talent is not making as much difference as background’.

Beyond personal achievement and career goals, imbalanced and unrepresentative creative teams can mean completed projects that only connect with a percentage of the public they should. On the launch of the PRCA’s Schools Outreach Programme in March of last year, PRCA director general Francis Ingham summed up the problem of unrepresentative teams: ‘Broadening the talent pool is not a virtuous ambition – it is a business imperative. The success and sustainability of our industry is dependent on our workforce reflecting the society it seeks to engage.’

Welcoming people from all backgrounds into comms is what’s needed to have every tool to hand for putting together campaigns that work, regardless of the background and circumstances of those you’re communicating with. Initiatives including the Schools Outreach Programme, the Social Mobility Foundation, the Taylor Bennett Foundation’s training options and A Leader Like Me’s Flight and Nest programmes mean the teams we work with will hopefully be less uniform and more representative of society as a whole. Until we get there, lowering that 83% of those who have felt discriminated against because of their background is work we can all do, every day.

‘Be an advocate,’ advises Sarah, ‘spotting those things where not having enough money, or understanding of the culture, can make all the difference.’

Watch our previous accessmatters sessions here for more on different experiences from across the industry and how to be more representative in your own work.