You are here: Home / PR Pulse / Reuters media predictions for 2019
Previous Back to all Next 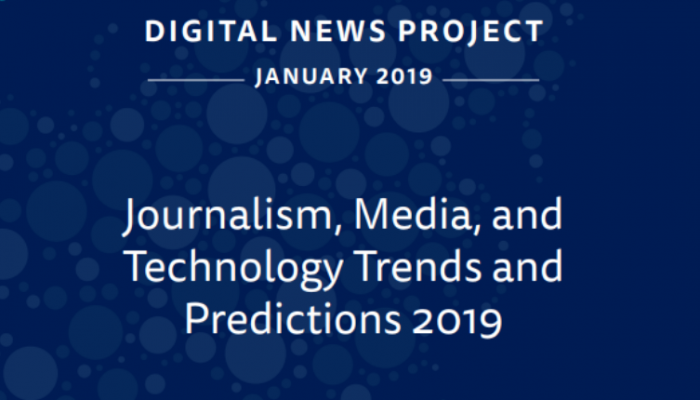 Reuters Institute has released its annual Journalism, Media, and Technology Trends and Predictions report for 2019.

It surveyed 200 editors, CEOs and digital leaders, one-third from the UK, the rest across 29 countries including Germany, USA and Australia.

The key findings from the report:

For PRs, nothing above should seem too outrageous. The need to grow revenue to support publications, the worry of staff being overloaded in the ‘constant news’ society, and the hopes that AI can provide time-saving alternatives to basic tasks, are common across the media industry.

Other findings from the report include:

A key point from the report is how newsrooms are going to cope with tackling misinformation across dark social, battling paywall-blocking software, and how publications can grow their audiences when all focuses are on distribution across Google.

For PRs there’s clearly an opportunity for meaningful, voice-assistant-friendly content and audio, as well as having valid credentials and ethical practices. Quality content is just one piece of the jigsaw though – PRs also need to rely on traditional strengths, like relationship building and media outreach, to ensure they’re supporting these editors and their publications so that everyone’s a winner.