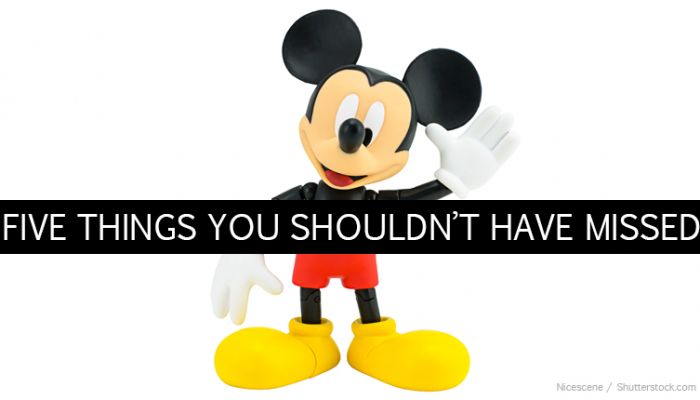 Our weekly round-up of the biggest stories from media, PR and comms including the mother of all acquisitions, UCL’s white campus and the words, and terms, of 2017.

1. Disney to buy 21st Century Fox’s entertainment assets
Disney has announced that it is to acquire 20th Century Fox and other entertainment and sports assets from the Murdoch empire. The $52.4 billion all-stock deal will include the broadcaster Sky if Fox is successful in its takeover. Disney chairman-CEO Bob Iger has extended his contract for another two years, to 2021, in order to oversee the ‘integration of assets’. It is also reported that Disney expects to realise $2 billion in cost savings from overlapping business functions.

The huge merger has raised questions over competition in the market, the future of the Murdoch empire and, perhaps most significantly, how long it will be for X-Men to feature in the Avengers movies.

2. Max Clifford
Disgraced publicist Max Clifford died this week in prison. A man who was famous for creating false stories and representing kiss-and-tell ‘celebrities’, Clifford’s career came to an abrupt end in 2014 when he was convicted of a string of abuses against women and girls. The PR industry has been keen to further distance itself from the man who has been described as someone who ‘did a disservice to the honest public relations industry but had no lasting influence on it’.

3. UCL’s white campus
In tweet blunder of the week (no, regular Five Things readers, it’s not The Donald), University College London tweeted: ‘Dreaming of a white campus?’. While they were, of course, referencing the snow in London, on Twitter offence is like wildfire; quickly out of control. It led to the UCL apology, where they admitted to choosing their words ‘very poorly’. Unfortunately, this caused more outraged from those that believe Twitter ‘snowflakes’ (yes, very funny etc) shouldn’t be so easily offended.

4. Google in 2017
The most Googled terms of 2017 have been revealed by the search engine, with Meghan Markle dominating the UK’s searching habits this year. The full list includes a mixture of news and technological events, reflecting the year that was. Google also released most searched questions, for example ‘How to buy Bitcoin’, as well as global data where the French election was dominant but Trump didn’t make the cut.

5. Youthquake
The Oxford English Dictionary has announced its word of the year, which for 2017 is ‘Youthquake’. The word refers to the rallying of young people by Jeremy Corbyn’s Labour Party during the 2017 General Election, and saw a 400% increase in usage from 2016. That said, if a word is used once in 2016, it only needs to be used five times in 2017 to achieve a 400% rise. Other words which made the list include ‘antifa’ (groups united by militant opposition to fascism) and ‘broflake’ (a man upset by progressive attitudes which conflict with his more conservative views). The word of the year traditionally ‘defines’ the year and has previously included ‘chav’ in 2004, ‘credit crunch’ in 2008 and ‘vape’ in 2014.