You are here: Home / PR Pulse / Vloggers, YouTube and Brands – who is responsible?
Previous Back to all Next 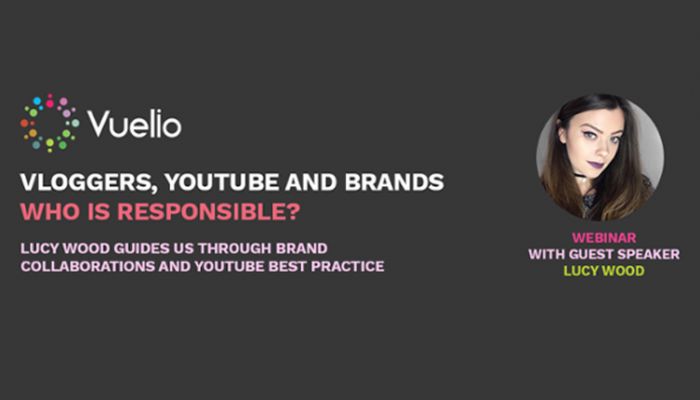 Logan Paul’s controversial video, in which he showed a suicide victim and joked about the experience, catapulted vlogging into the public’s conscience and raised questions over moderation, censorship and quality control.

YouTube changed its rules, making it harder for creators to make money off videos, and kicked Logan Paul off the platform. The response protected the brands who didn’t want to be associated with negative content, but who is managing the uploads in the first place?

On Wednesday 7 March, Vuelio will be joined by top vlogger and freelance journalist Lucy Wood, who will guide us through the confusing world of brand collaborations on the video-sharing network and what best practice really is.

As a journalist, writing for publications such as the Metro, Lucy is regulated. The press industry has standards bodies (IPSO and to a lesser extent IMPRESS), which manage complaints over accuracy and privacy. If Logan Paul had been working for a newspaper site – his video would never have been published.

But as a vlogger, Lucy is not restricted by such rules. Vloggers generally manage their own content – they may sometimes have agents and managers, but to a large extent their videos are created, edited and uploaded without passing through an external source. If someone made a controversial video at a newspaper, it would have to pass through editors and legal teams, who would advise on whether it’s sensible to publish the content – vloggers have no such luxury.

Since the controversy, Logan Paul’s videos are now being checked by his legal team – he thinks he is being censored but this is a man who seems to have learnt nothing.

So, what is the answer? Thankfully, we don’t have to work it out here, because we’ll work it out on 7 March with Lucy. And even if you can’t join us live, sign up for our webinar ‘Vloggers, YouTube and Brands – who is responsible?’ and we’ll send you the recording.